The lawyer said the duo were arraigned with charge number Y/B/ES/21/2020 before a Yaba Magistrate Court and granted no bail conditions because they were denied legal representation by the Nigeria Police Force. 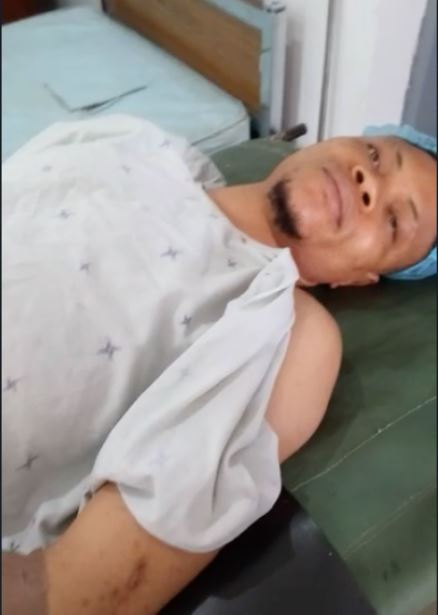 Ayo Ademiluyi, a Lagos-based human rights lawyer, has called for the immediate release of Nicholas Mbah.

Mbah is an #EndSARS protester remanded at Kirikiri Correctional Centre.

According to Ademiluyi in a statement on Friday, Mbah was picked up by officers of the Lagos State Police Command and charged alongside Ugwumba Chimezie, another #EndSARS protester on trumped-up charges of armed robbery, arson and rioting.

The lawyer said the duo were arraigned with charge number Y/B/ES/21/2020 before a Yaba Magistrate Court and granted no bail conditions because they were denied legal representation by the Nigeria Police Force.

He said, “As we write, the health condition of Nicholas Mbah has degenerated seriously. Prior to his arrest at an Access Bank Automated Teller Machine at Ojoo, Lagos, by police officers of Ojoo Police Station before being transferred to the State Criminal Investigation Department, Nicholas Mbah has been suffering complications arising from a surgery he had at the ESUT Teaching Hospital, Enugu, in July 2018.

“We are convinced that Nicholas Mbah is a victim of the war of vendetta being waged against #EndSARS protesters by President Muhammadu Buhari and the Inspector-General of Police, Mohammed Adamu.

“We call on the whole world to take notice and we call on the Commissioner of Police, Lagos State Police Command, Hakeem Odumosu, to withdraw all trumped-up charges against Nicholas Mbah and Ugwuamba Chimezie immediately in order for Mbah to receive much-needed advanced medical care that his situation demands.

“We hereby give notice that we will be left with no choice other than to approach the appropriate Court of competent jurisdiction to seek the enforcement of the fundamental rights of our client, Nicholas Mbah, which is being infringed upon by the Office of the Commissioner of Police of Lagos State Police Command of the Nigeria Police Force.”

He has developed serious health complications in prison custody.

A medical report of Mbah sighted by SaharaReporters showed that he was in 2018 treated of hemorrhagic complications at the Enugu State University Teaching Hospital.

“The above named (Nicholas Mbah), who had surgery on July 2018 on account of multiple leiomymectomy, recently developed hemorrhagic complications.

“He has had crisis many times since the surgery. We are reporting that his medical condition may deteriorate if not taken care off,” his medical reports from the hospital reads.