He has been identified as a key figure in the research that led United States pharmaceutical company, Pfizer, to develop the first effective COVID-19 vaccine. 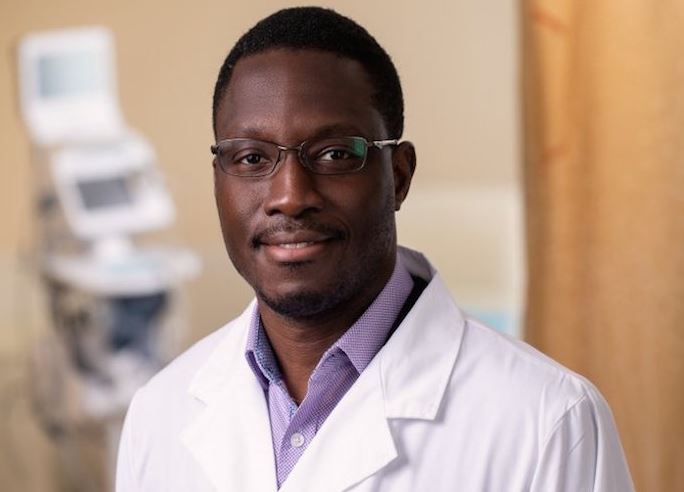 Dr Onyema Ogbuagbu, a Nigerian doctor has been showered with encomium after helping in the development of a COVID-19 vaccine.

He has been identified as a key figure in the research that led United States pharmaceutical company, Pfizer, to develop the first effective COVID-19 vaccine.

Pfizer, after the conclusion of its trials, recently announced that its COVID-19 vaccine was more than 90 per cent effective.

A few days after, Moderna also reported that its own version of the COVID-19 vaccine was 94 per cent effective.

The announcement by Pfizer, followed by Moderna, remains a game changer in the quest for COVID-19 vaccine.

Ogbuagbu, however, said he had been involved in the trials of the vaccines by Pfizer.

Pfizer said it would launch a pilot in four states in the United States but there have been concerns as the vaccine needs to be stored at -94 degrees Fahrenheit (-70 degree Celsius), a challenge Ogbuagbu said would be overcome soon.

Ogbuagbu is an Associate Professor of Medicine and Infectious Disease Specialist at Yale School of Medicine, who graduated in 2003 from the University of Calabar with a degree in medicine.

He said he was super excited by the results, because having a very effective vaccine would help in achieving the so-called herd immunity.

He noted that currently, there were insufficient doses of the vaccine for everyone at the moment, but contended that enough doses should be available by the first quarter of 2021.