Ike Onyema has reacted angrily after being mocked by a fan who told him that Mercy Eke's new boyfriend just bought her a car. 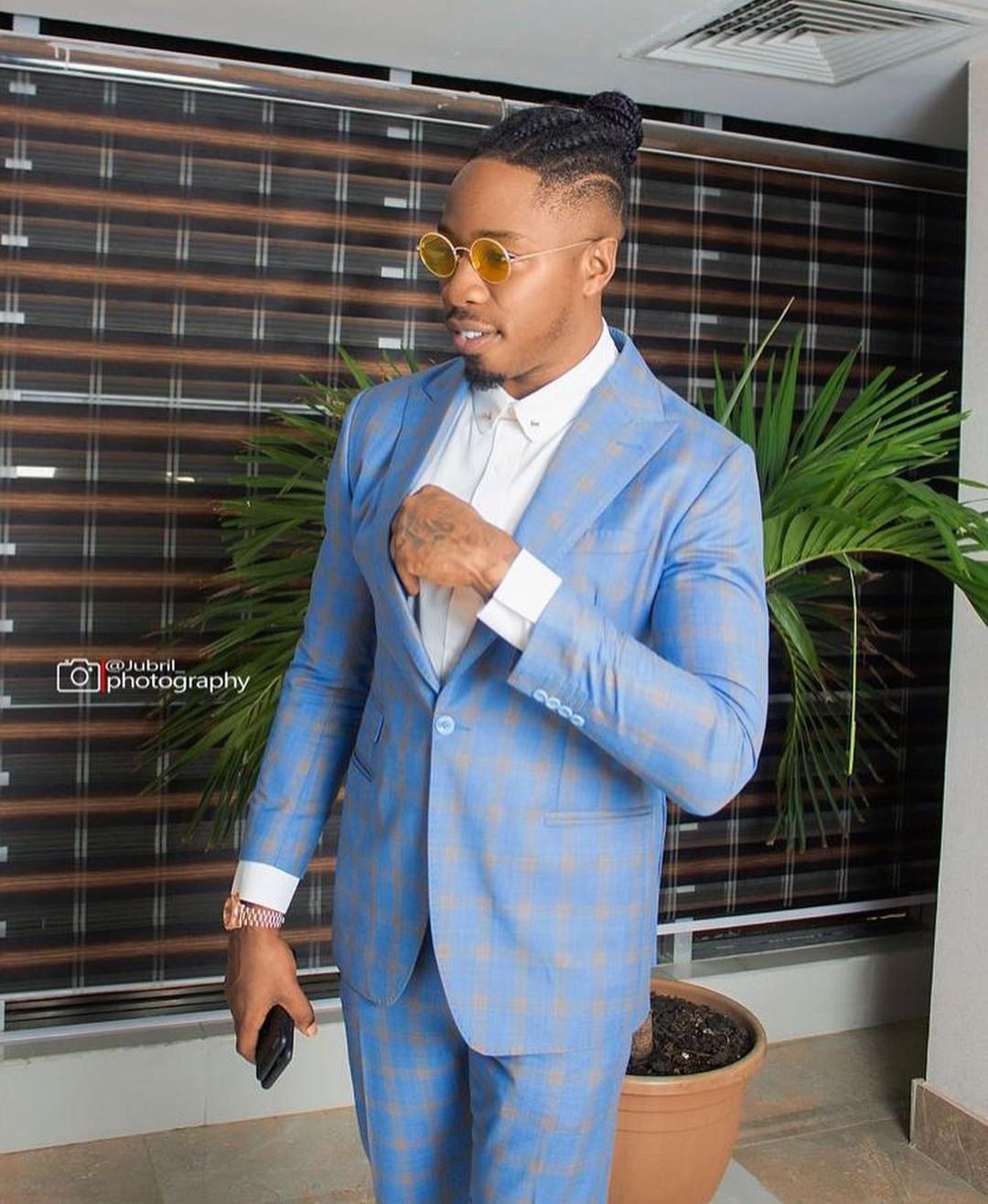 Ike Onyema
Reality TV star cum blogger, Ike Onyema has insulted a fan for mocking him.
The fan had tried to mock him following his breakup with Mercy Eke by telling him that his ex-girlfriend, Mercy Eke just got a new ride from her new boyfriend.
It all started after Ike Onyema shared a video of an expensive ride on his Instagram page, advising his fans to make sure they hustle hard and make money.
The fan then took to the comment section to shade Ike, asking him the car he’s driving now, and if he’s aware that Mercy’s new boyfriend got her a car
Ike Onyema, in his response said;
“Noo I did not know, thanks for updating me, now I’ve noticed you, hope I’ve made your day? Ewu Gambia” 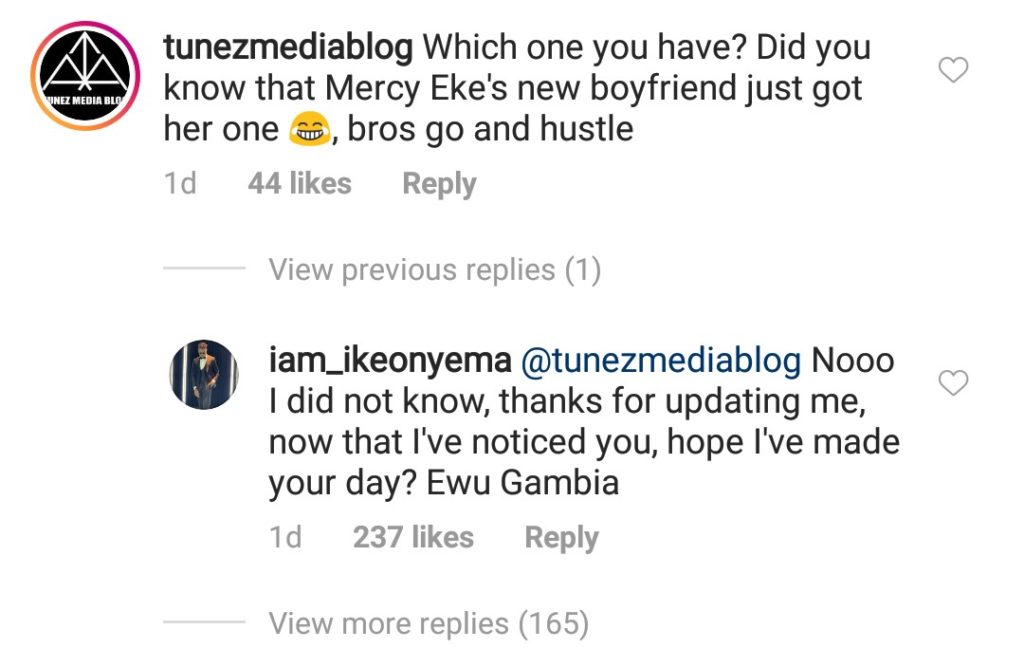