Three neighbours have been left excited after they got pregnant and delivered at the same time. 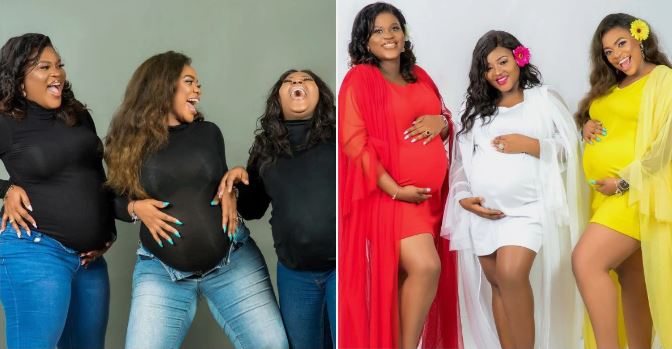 The fabulous neighbours
This is the remarkable story of three neighbours who not only got married at the same time, they also got pregnant and delivered at the same time.
It was gathered that the three women who live in same compound, got married just about same time, took in around same time as well and welcome their babies around same time too.
One of them, Chioma Ugwa-Brown, narrated the interesting story thus:
“One of the best parts about being pregnant for me was I had 2 amazing women who could relate to exactly how I felt at any point in time 😁😁😁
People thought we planned it , 3 neighbors in the same compound , All newly weds and we all conceived almost at the same time , The experience was so so surreal …… We helped each other through it all whether it was deciding who had the energy to cook that day so we could all eat or who had the strength to drive out and run errands or even contributing to order the junk foods we were craving 😂😂😂
Pregnancy was a breeze for me and these amazing ladies played a huge role in why that is …I’m so grateful to God that it all ended in praise … Three healthy mothers and three healthy beautiful babies 🙏🙏🙏” 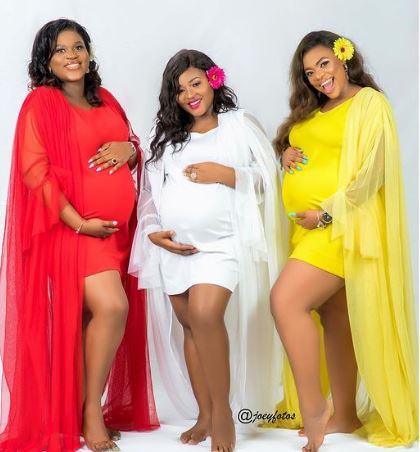 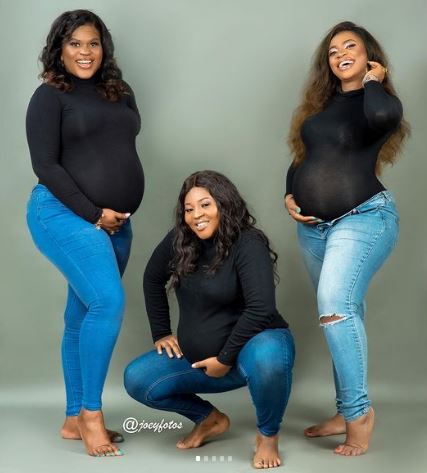