A young man has been apprehended by the police after trying to forcefully convert a woman to Islam. 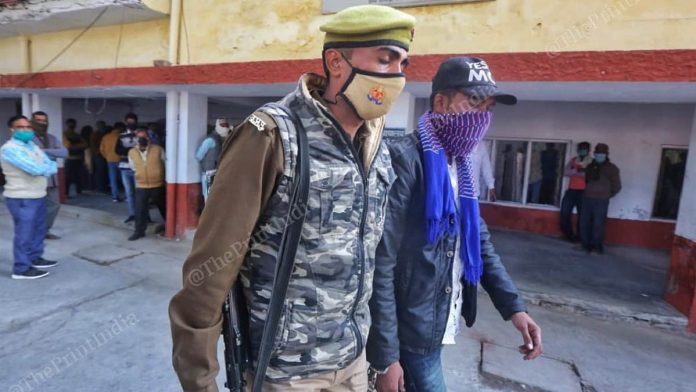 Uwais Ahmed
A man, Uwais Ahmed has been arrested while trying to forcefully convert a woman to Islam.
According to dpa/NAN, Police in India’s northern state of Uttar Pradesh confirmed the arrest.
He reportedly tried to convert a Hindu woman to Islam, officials said on Thursday.
The 20-year-old college student is the first to be held under a new anti-conversion law aimed at curbing `love jihad’, a term radical Hindu groups use in accusing Muslim men of converting Hindu women through marriage.
The law has triggered a furore, with critics calling it Islamophobic and unconstitutional. The arrest was made in the Bareilly district on Wednesday and the man was sent to 14 days in jail pending investigations.
“We have made the arrest on the basis of a complaint filed by the girl’s family. The allegation is that the man abducted her earlier and was forcing her to change her religion,’’ senior police officer Sansar Singh said.
The man told domestic media that he was innocent and he had no connection with the woman.
The new law carries a maximum punishment of 10 years in jail with fines.
The case was registered on Saturday, the same day that Uttar Pradesh became the first state in India to enact the law, called Prohibition of Unlawful Conversion of Religion Ordinance.
In recent weeks, four more states, Assam, Madhya Pradesh, Haryana and Karnataka, have revealed plans to enact laws against forced and fraudulent religious conversions.
Opposition parties and social campaigners have slammed the move, saying `love jihad’ laws are being pushed by the governing party and Hindu groups aiming to create a Hindu nation state.
Top Stories