To celebrate its 400th issue, the ForteanTimes looked back at some of its most jaw-dropping features over the years. 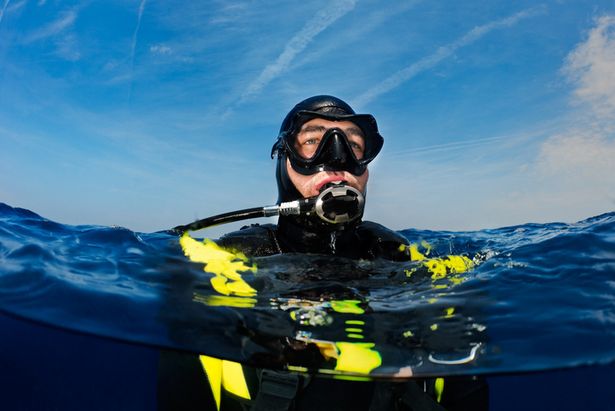 Many people do not believe that mermaids exist, however, according to Ian Skinner, from Hull, Yorkshire, the mythical creatures may well be real.

To celebrate its 400th issue, the ForteanTimes looked back at some of its most jaw-dropping features over the years.

They republished a story from a military man who recalled a supernatural experience he had back in 1971.

During a deep sea diving trip, he claims to have seen a “sultry” siren in front of him.

The Royal Air Force man says the mermaid took his hand and protected him as he ventured further into the deep than ever before.

Check out Ian’s story below:

"As well as being my birthday, 23 August had a special significance for me in 1971. I was serving with the Royal Air Force in Malta and most of my spare time was devoted to the excellent diving club, run strictly to British subaqua rules.

I was one of four instructors in the club of about 140 members and my immediate boss was an experienced diving officercalled John, known affectionately as ‘the old man of the sea’. 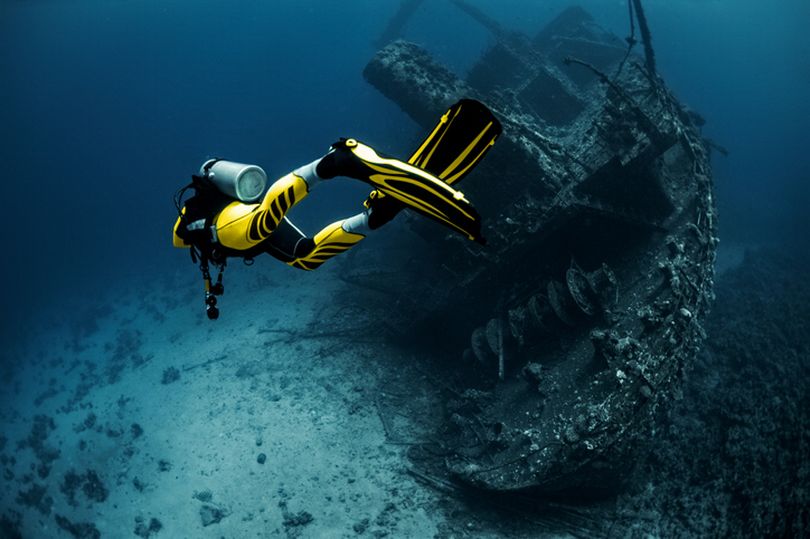 An expedition was planned for a six-week period to explorethe coast around Gozo, a small island off the coast. One of the sites chosen was a small inlet in Xlendi Bay, searching forPunic and Roman wrecks.

The initial dive on the site by myself and another instructor called Bob revealed that we would be diving at depths oftenin excess of 130ft (40m). As there was no decompression chamber on Gozo, strict diving procedures would have to befollowed. We were testing out an Italian decompression meter that John thought was unreliable.

The descent to 130ft was uneventful and all was going to plan when Bob’s demand valve started acting up, restricting hisintake of air. Against all the rules, he indicated to me to stay down while he surfaced and sent down the standby diver tokeep me company.

I swam around for a while looking for anything of interest on the rocky ocean floor. I saw a light aheadof me and was drawn to it both by curiosity and by what seemed to be an unknown force.

"Over the next ridge and much further down, I saw a very beautiful young woman, tall and slim, with a lovely figure,standing at the entrance to a large cave. She was dressed in what looked like a white Indian sari; she wore sandals, her hairwas plaited, and her wrists were adorned with various bracelets. It was as if the whole thing was stage-managed.

Theincandescence of the surrounding area added to the serenity and calm of the sight before me.

I thought that I must be suffering from ‘the narcs’, nitrogen narcosis, described in the early days of diving as ‘the raptureof the deep’, a feeling of euphoria, closely resembling drunkenness. As a very experienced instructor with more than 200deep dives under my belt I realised that I was in deep trouble, deep being the operative word.

A look at my depth gauge revealed that I was 230ft (70m) down. The Italian decompression meter strapped to my wristhad long since given up, as it was full of water.

Fascination at what I saw overruled my training and my immediate need foran ascent and decompression procedures.
"Then she spoke. 'Hello, I have been waiting for you, do not be afraid, I mean you no harm, with me you are safe'. 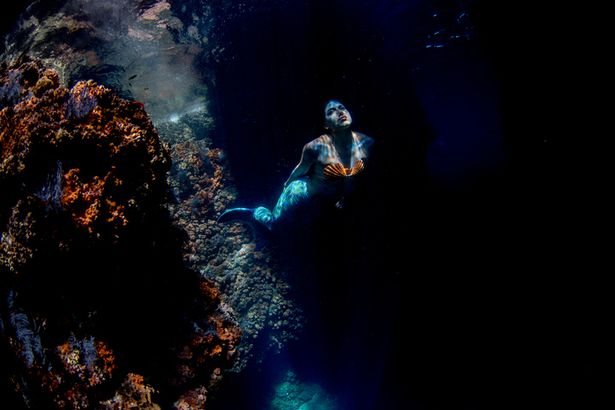 When the diver was alone on the ocean floor, he claimed to see a "sultry siren" (Image: Getty Images/iStockphoto)

I backed away, but she smiled, walked towards me and held out her hand. It felt warm, sensual and safe, and my feardisappeared.

'When you return to me I will be waiting for you, then you will stay with me forever. I have a gift for you'.

She handed me a small jar about 5in (13cm) tall shaped like an amphora, which I took from her with my other hand.

'Now you must go.You will always be safe for your return to me,' she said.

As I ascended, I saw her waving as she slowly faded from view intothe azure depth. After a very long decompression stop aided by a spare set of air cylinders it was explanation time: theneedle on the depth gauge registered 235ft (72m).

'Faulty gauge,' said John, 'because if it isn’t you are in a lot of trouble, with that sort of depth on the clock you hadbetter stay within camp area and keep someone with you in case of any bends problem.'

"About one week later I was summoned by John, who told me that the depth gauge had been tested and was completelyaccurate and serviceable, making my dive the longest and deepest in club history. Why I did not get the bends was a mysteryto him.

He also told me that Mr Mallia, the curator of the archæological section of the Malta national museum, had identifiedthe jar I had retrieved as a Phœnician scent jar of about 2000 BC, used by the royal ladies of that time.

The mystery was thatits contents still smelled fresh, the potter’s stamp on the side of the handle was crystal clear and the jar was described in thereport as being in mint condition.

John was curious where I had got it. 'You wouldn’t believe me if I told you,' I said.

In September 1995, I revisited Xlendi Bay and swam out to the entrance of the bay for old time’s sake.

The next day, onmy return to England, I suffered a severe heart attack. I was very fortunate to survive."

US Town Elects Goat And Dog As Mayor
Recent Stories