He told the Abia State panel of inquiry how operatives of the Nigerian Drug Law Enforcement Agency, NDLEA, shot him at his shop at the market, on 31st July 2015. 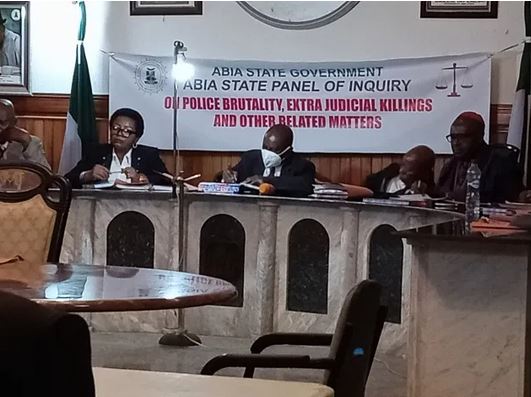 The man told the Abia State panel of inquiry, extrajudicial killings and related matters how operatives of the Nigerian Drug Law Enforcement Agency, NDLEA, shot him at his shop at the market, on 31st July 2015.

Madubauchi, who petitioned the panel through his counsel, K.J Anya, explained that he was in his shop when NDLEA operatives started shooting sporadically while pursuing drug dealers in the market and a bullet hit him on his right hand.

In his words; “On 31st July, 2015,I was in my shop at the Ariaria International market where I make shoes when men of the NDLEA started shooting sporadically while pursuing drug dealers at the market. A bullet hit my right hand.

It was with the help of my neighbours that I was rushed to the Holy Wound Christian Hospital at 169 Faulks road, Aba, where the bullet was removed from his body.”

He explained that Gov. Okezie Ikpeazu visited him and other victims at the hospital and made some deposit to the hospital for their treatment. He said the governor further pledged to compensate them to help them revive their businesses.

The victim said due to his medical bill not fully settled, he was discharged by the hospital when he had not fully recovered and necessary drugs and injections were not provided.

He said; “What shocked me most was that the NDLEA officers who were responsible for my ordeal and that of other victims were not brought to justice.”

Maduabuchi lamented that the letters he wrote to the Commissioner of Police, Abia State and the Commandant of NDLEA in Abia State demanding Justice and compensation due to the poor state of his health, family and business, yielded no fruit.

“Till date, I have neither gotten justice nor compensation; this has caused untold hardship to me and my family since I’m the family’s breadwinner.”

He appealed to Gov. Okezie Ikpeazu to +bring the perpetrators to justice as well as compensate him to revive his business.