John Dumelo has suffered election defeat in his bid to become a member of the parliament in Ghana. 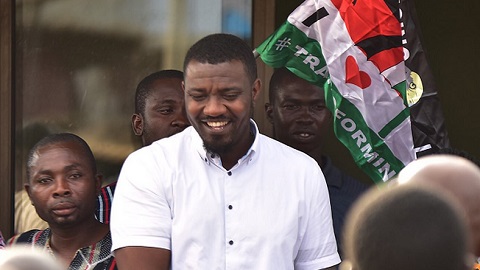 John Dumelo
Ghanaian actor, John Dumelo has lost a bid to become a member of the country's parliament.
The 36-year-old NDC candidate ran against NPP’s Lydia Alhassan on Monday.
But was unable to unseat the incumbent.
According to the results John lost with 2,073 votes.
Lydia Alhassan had earlier declared herself victorious after some of the results began trickling in from the various constituency.
“Thank you God for an answered prayer. Thank you Ayawaso West Wuogon for this Victory. I take my scripture from Proverbs 21:31,” she said on Facebook.
John is yet to speak on the election result as of press time.
In 2019 the actor announced his plans to contest for a primary ticket to represent Ayawaso West Wuogon constituency in the Ghanaian parliament.
“It’s time for Ayawaso West Wuogon….it’s time to listen and serve the interest of the people. It’s time for change….I John Dumelo, humbly ask you to support me on this journey. God bless you and God bless Ghana,” he wrote.
Top Stories