Police said the weapon was left within the child’s reach in the city of Stuart on Saturday. 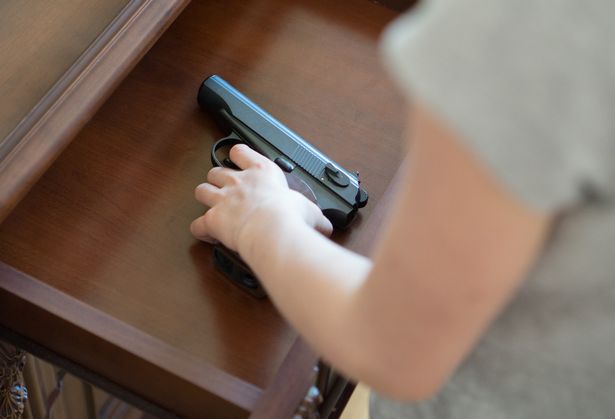 In what will come across as a shocking development, a toddler has shot a man in the head.

The toddler shot the man after finding a loaded gun left on a tabletop, police have said.

The adult is in a critical condition in hospital after the accident in a home in Florida, US.

Police said the weapon was left within the child’s reach in the city of Stuart on Saturday.

Officers were called to the property and the man was airlifted to a local trauma centre.

“When they arrived, it was discovered that an adult male was shot in the head.

“The victim was airlifted to a local trauma centre where he is currently in critical condition.

“After a thorough investigation conducted with the State Attorney’s Office and the Stuart Police Department, it was determined that a toddler in the home accidentally shot the male victim.

“Unfortunately, the loaded firearm was placed on a countertop that was within the child's reach unsecured.”

The force added: “The Stuart Police Department would like to remind everyone to ALWAYS safely secure unattended firearms.

“Please do your part and secure firearms. It is the law, but more importantly it saves lives.”

Figures show 60 children aged three-years-old or younger accidentally shot themselves or someone else because of an ‘improperly stored firearm’ in the US in 2020.

According to the group Everytown for Gun Safety, every day more than 100 people in the US are killed by guns.

“When I’m Done, You Will Be in Nigeria Selling Bread” – Comedian, Mr Patrick’s Wife Calls Him Out Over Alleged Cheating Scandal
Recent Stories