One witness said a head was stolen from one corpse, with the rest of the body left behind in the Edgewood Cemetery in the city of Mount Dora. 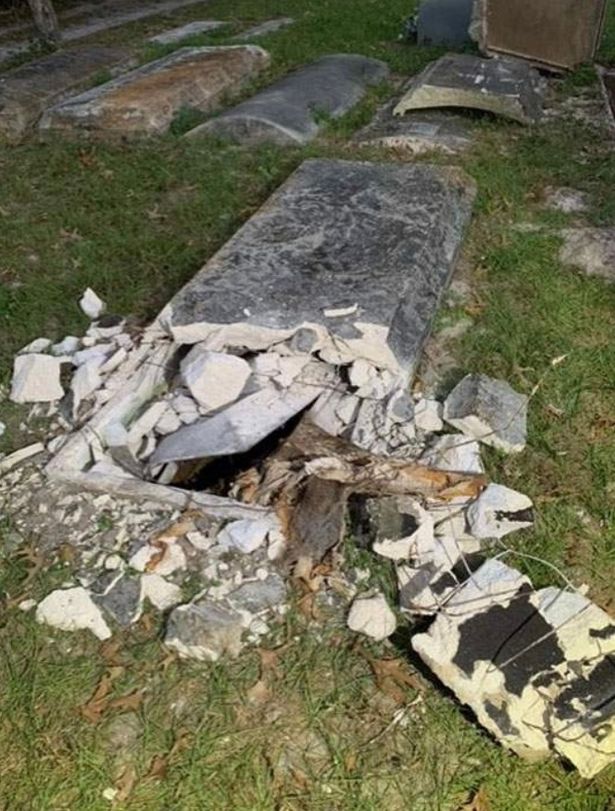 The story has been told of the grave robbers who stole human remains from a cemetery.

Police believe the robbers dug out the remains to use in ‘ritualistic activity’.

They raided four graves and tried to access a fifth at a site in Florida, US on Sunday.

One witness said a head was stolen from one corpse, with the rest of the body left behind in the Edgewood Cemetery in the city of Mount Dora.

A driver was passing the cemetery when she noticed a disturbed tomb stone, US media reported.

She drove into the cemetery with her mum and noticed two other graves had been vandalised.

Police said the concrete lid of at least two graves were smashed into pieces, with the caskets pried open, according to WKMG-TV.

In a statement, a spokesman for the Lake County Sheriff’s Office said: “Detectives and crime scene investigators responded to the scene and began the investigation and found evidence that suggests that this incident is very likely tied to some form of ritualistic activity.” 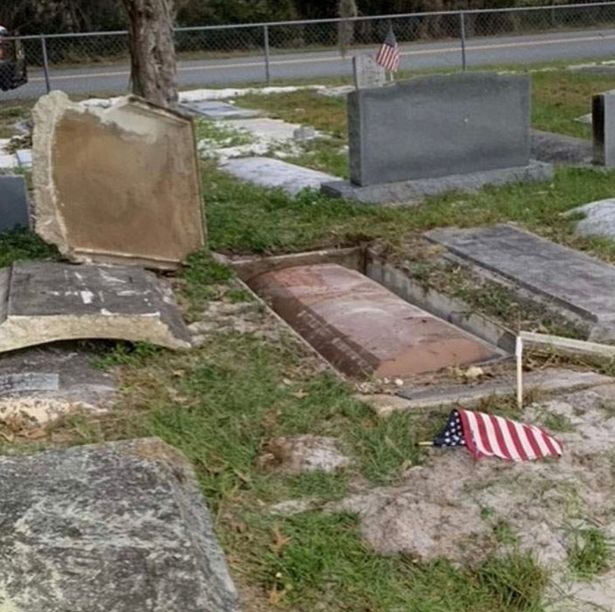 A witness saw a corpse left on the ground (Image: WKMG 2020)

Emily Booth reported the vandalism to authorities and saw one corpse had been decapitated, MailOnline reports.

She said: “His body was just laying there. No vault, no top of the coffin, no anything.

“I do think it's extremely odd that you took a man's head. What else do you do with that?”

Neighbours told officers they did not hear any loud noises coming from the cemetery.

A funeral took place at the site on Saturday, although the equipment used for the burial was taken away in the afternoon.

One police officer saw a white pop-up tent on Saturday morning, but did not notice anything out of the ordinary.

Florida has seen cases of grave robberies in recent years.

Voodoo religious ceremonies are said to use human bones, with skulls reported to fetch around £750 so they can be used for them.