The pastor, said to be a neighbor and acquaintance of the victim's parents lured the victim to his house while she was out playing and had carnal knowledge of her. 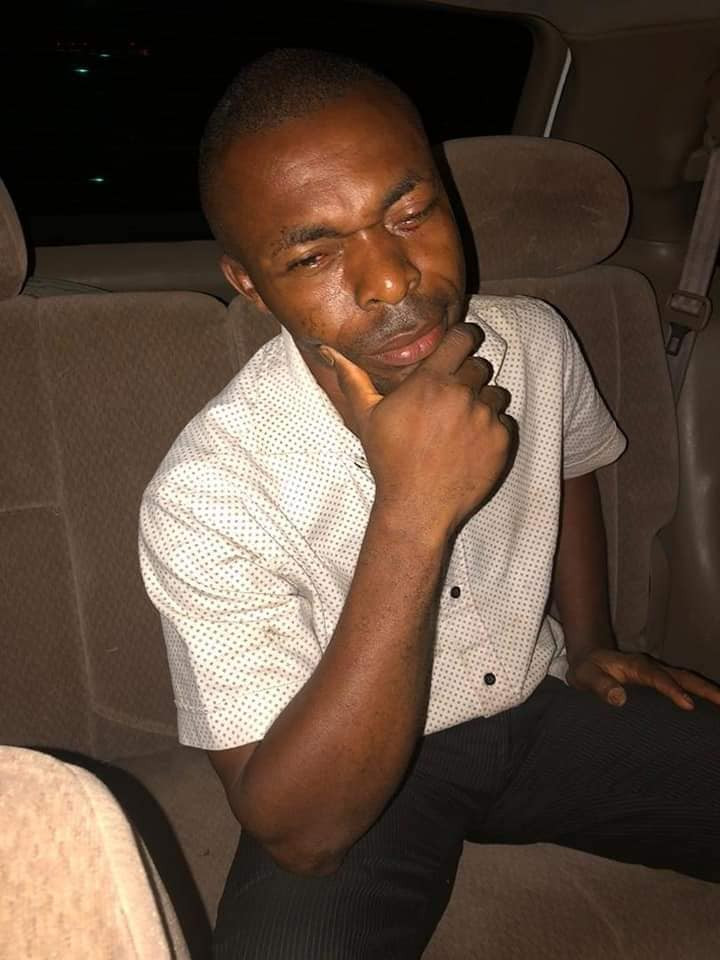 George Amaechi Okeaghalam, a 49-year-old pastor has been accused of committing a really grievous crime.

The pastor has reportedly been arrested by men of the Imo State Police Command for allegedly defiling a 5-year-old girl in Umuguma village, Owerri.

According to a report posted by an NGO (Sweet Mothers Foundation) on Wednesday, December 9, the pastor, said to be a neighbor and acquaintance of the victim's parents lured the victim to his house while she was out playing and had carnal knowledge of her. He also threatened to kill the child if she tells anyone what he did to her.

An invitation card attached to the post shows that the pastor is reportedly set to wed on Saturday, December 12, at Heaven Power Believers Solution Ministry in Owerri.

It was gathered that the mother of the girl had noticed that she looked disturbed, moody and walked with unsteady gait.

Acting on motherly instinct, she lifted her daughter's skirt and observed that her pant was stained with blood.

After pestering her, the child allegedly told her mother how the pastor lured her to his house and 'did something to her' 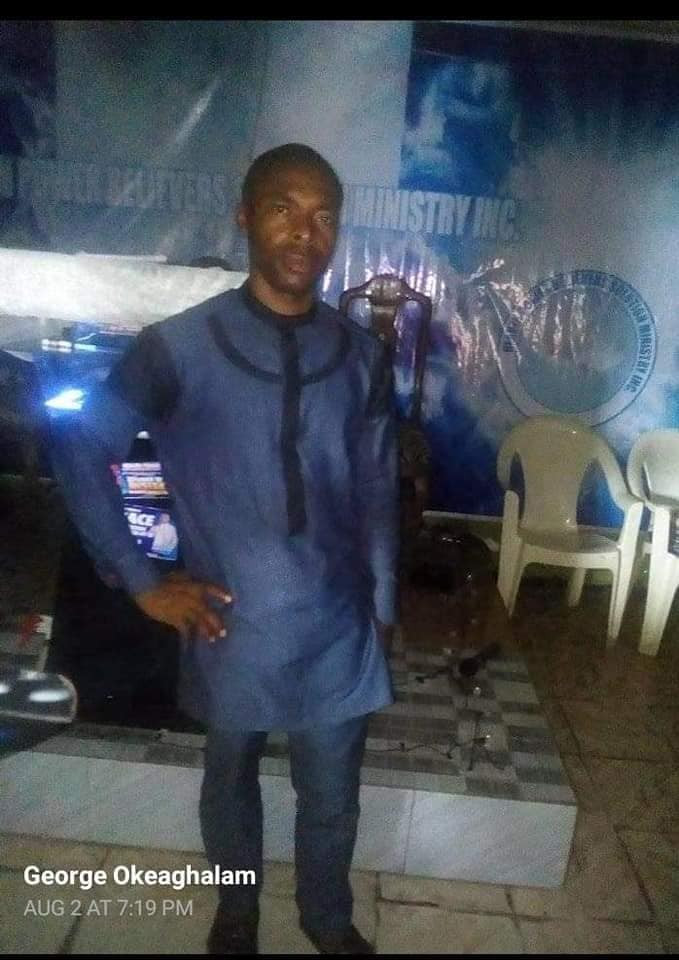 "The victim's mother told of how she came back and met a disturbed and moody girl with a gait that suggested she has been harmed. Out of instinctive wire, she reached for her skirt and gazed at a blood-stained pant. After persuasion and her favorite treat, her daughter disclosed how she went in search of her playmate and decided to fill in her play session with sand castle when she didn't meet her playmate.

According to her, Uncle asked her to follow him to his house and asked her to lay on the bare toilet tiles where he "did something to her", threatened  to kill her and take her away from her mum if she says a thing.

Since Tuesday, little girl's mother has been sad, confused and shocked. She only spoke to few women in low tones. As fear-gripped as she is, the other women held only subtle powwows in order  not to incite "trouble" or "touch the annointed" as as the accused person is a pastor, a holy cankerworm accorded all the morally right and decenct-filled respect.

It was not until the whispers got to the mother's brother last night that they matched to the church buiding of Pastor George, 49. He denied knowing the victim but when it became clear, he admitted knowing her but pointed finger at his plumber.

Meanwhile, the little girl repeatedly made eye contact with the pastor when asked "who did this to you" and go on to narrate the heart-wrenching incident when taken out of George's sight.

The Pastor has been arrested while the poor girl is receiving treatment in a hospital. She was still spotting around 4pm today before admission.

As you read and share, remember Pastor George is not a stranger. He is a well known person in the family and has personally handed his wedding IV to the victim's mother... 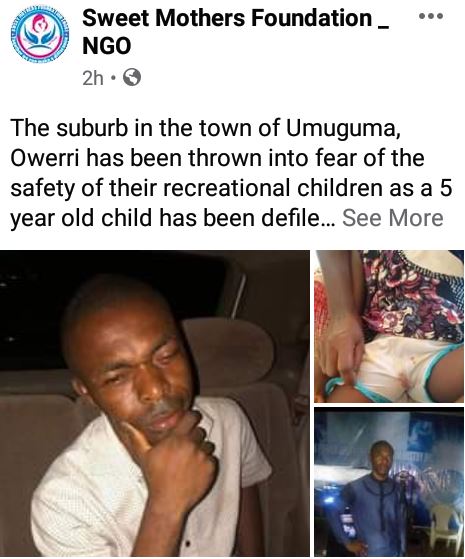