The suspect accused of being a member of a syndicate that specializes in forging identity cards of the law enforcement agencies, was arrested in Lagos. 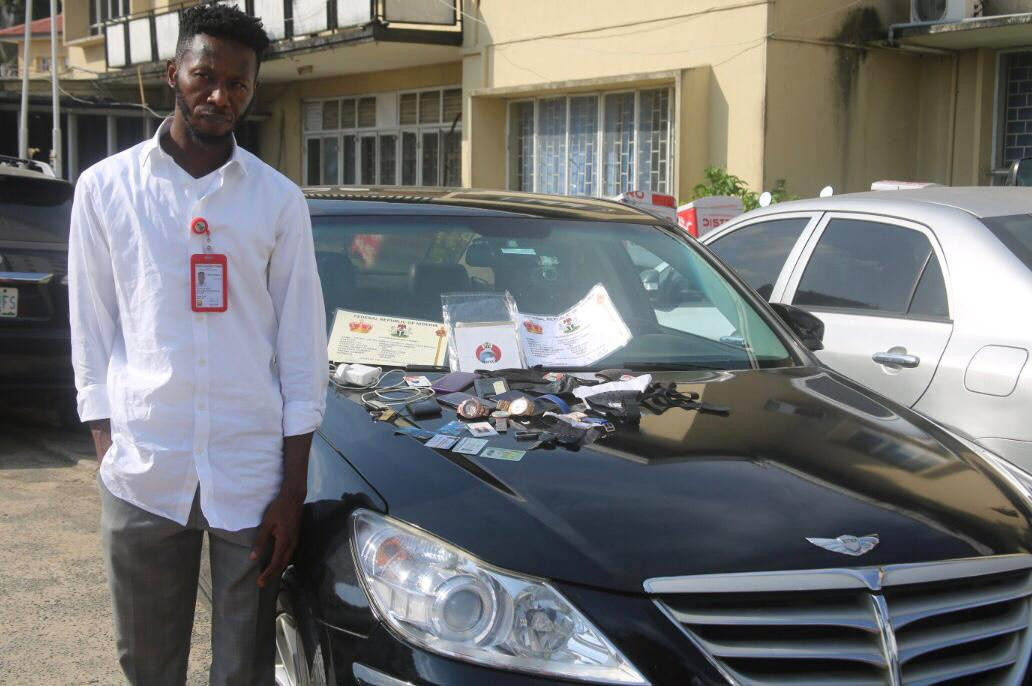 Williams Michael Ogwezi, a Nigerian man, who is also known as Dr. Williams has been arrested by the Economic and Financial Crimes Commission (EFCC).

The man was nabbed for parading himself as a staff of the Commission to defraud his unsuspecting victims.

The suspect accused of being a member of a syndicate that specializes in forging identity cards of the Commission as well as those of other law enforcement agencies, was arrested in Lagos, following a report received by the Commission from the Nigeria Police Area Command Ajah, Lagos. 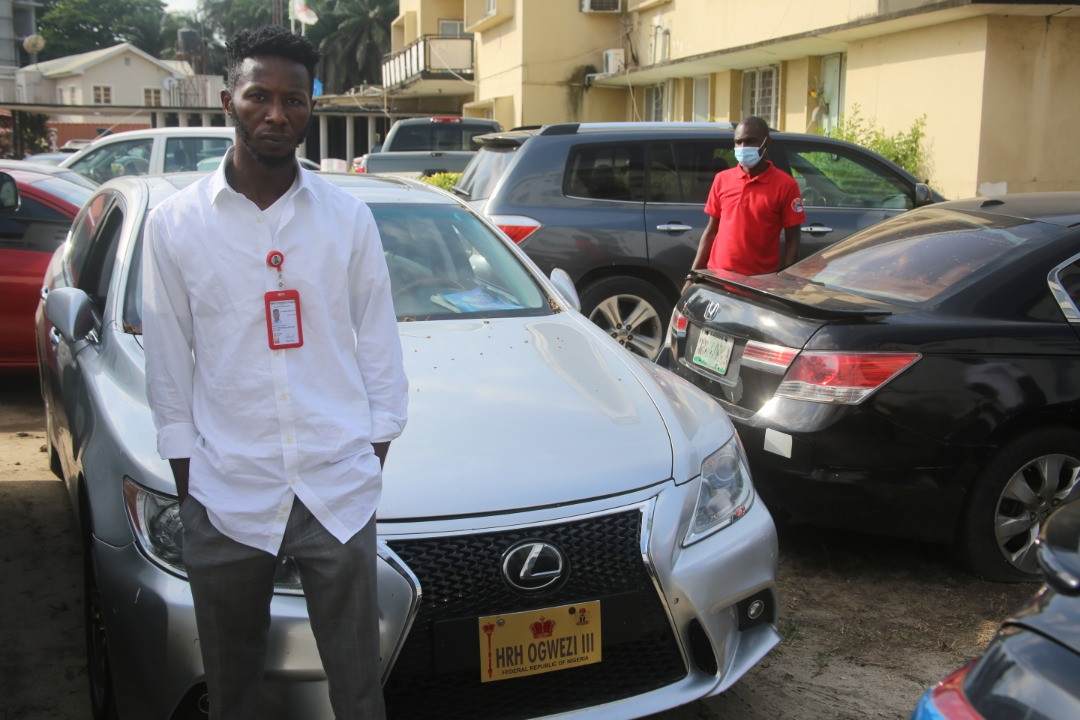 Investigation revealed that the suspect had defrauded one of his victims, a lady, of jewelry valued at N10, 000,000.00 (Ten Million Naira) before his arrest.

The suspect has reportedly confessed to the crime and items recovered from him at the point of arrest include an identity card with inscription of EFCC, EFCC face masks, three laptops, three mobile phones and two vehicles (Lexus and Hyundai Genesis).

Head of Media and Publicity of the EFCC, Mr Wilson Uwujaren averred that he will soon be charged to court.