According to him, the Nigerian Army is one of the best in Africa and can defeat any enemy when given the right arsenals and assistance. 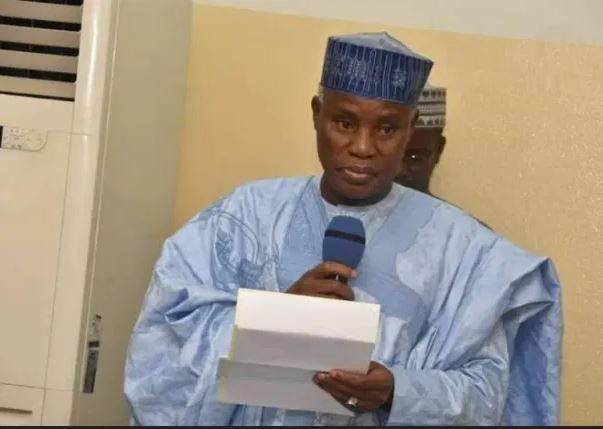 Maj. Gen. Bashir Magashi (retd.), the minister of Defence has stated that the country is safer than it used to be seven years ago.

He made this known while speaking on Channels TV’s Politics Today programme, stating that the Nigerian Army is one of the best in Africa and can defeat any enemy when given the right arsenals and assistance.

“In Africa, Nigerian Army should be adjudged one of the best, we have conducted so many operations outside Nigeria. We went to ECOMOG (Economic Community of West African States Monitoring Group), we did the very best we can. We went to Sierra Leone, we did the very best we can and some other places. We are a force that is reckon with in Africa but because of the nature of the prolongation of this war, people are getting tired.

“They (Boko Haram terrorists) are not concentrated in one particular place, it is an operation that they hit and run, we don’t even know their bases. Now, we know that the best way to fight these people is to get enough intelligence and go out there to fight them and this is what we are doing. Every day, we are getting information and the Nigerian Army and Air Force are running them down.”

The minister also said that Boko Haram have been dislodged from Borno State but they occasionally launch fatal attacks to attract the attention of the international community and embarrass the government of President Muhammadu Buhari.