It was gathered that the deceased was returning to Omoku on a motorcycle when he came upon the gunmen and mistook them for his colleagues. 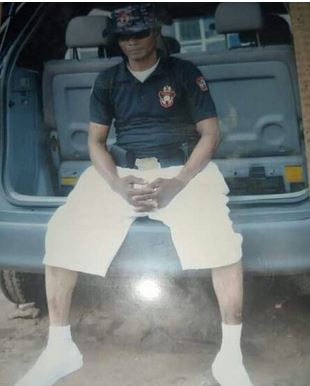 The incident happened on Wednesday evening, December 9,  at about 7pm, at the OSPAC Check Point just by Timber Market in Omoku.

It was gathered that the deceased identified as Chimezie from Elehia Community in ONELGA, was returning to Omoku on a motorcycle when he came upon the gunmen and mistook them for his colleagues.

''As he approached them for greetings formalities, the robbers who were armed with AK47 rifles opened fire on him. Seeing that the bullets from their gun could not penetrate the fortified OSPAC Member, they resorted to use an axe to chop him. They mutilated him severally.'' A witness said

Facebook user, Bright Israel, who survived the robbery attack at the check point, confirmed the incident on Thursday.

"Please friends help me thank God for saving me and my band squad from the attack of armed robbers yesterday night by few minutes passed 7 on our way to omoku at OSPAC checking point, before omoku junction. Men, women, children and even the OSPAC officer there was killed by axe because the gun couldn't enter him, but God manifest him self in the life of his children and protect us" 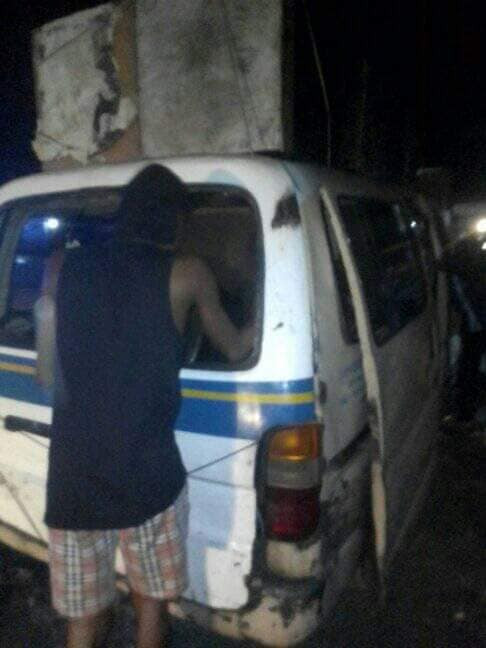 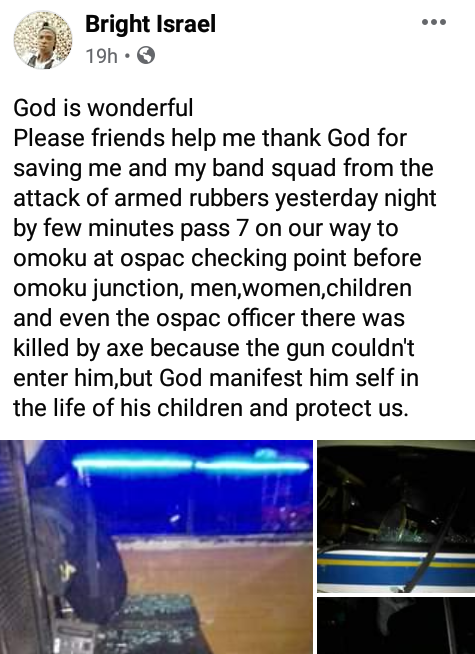