The farmers claim Fulani herdsmen killed Aborode because they wanted to drive him away from where he had his farm. 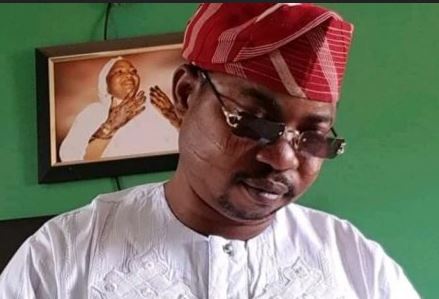 Some farmers in Igangan, Oyo State, have rubbished the police claim which stated that Dr Fatai Aborode was killed by armed robbers.

The farmers, who spoke to Punch correspondent on condition of anonymity on Sunday, said Fulani herdsmen killed Aborode because they wanted to drive him away from where he had his farm.

The farmers also accused the police and other security agencies of not doing anything to stop Fulani herdsmen from killing and destroying farms in the area because Fulani were occupying top positions in the country.

However, a prominent leader  of farmers in Ibarapa zone, Mr Taiwo Adeagbo, who is popularly known as Akowe Agbe, also told a Punch correspondent on Sunday that Fulani herdsmen killed Aborode, who he said had a very big farm in the area.

Aborode was killed on Friday while he was returning from his farm. He was said to be on the same motorcycle with his farm manager but he was shot by his killers.

The Police Public Relations Officer in Oyo State, Mr Olugbenga Fadeyi, had said in a statement on Saturday said Aborode, who was the House of Representative candidate on the platform of the Accord Party in 2015, was robbed and shot dead by gunmen.

But Akowe Agbe said, “The police are very wrong to have said he was killed by armed robbers. If armed robbers killed him, would they not take any of his valuables?

“What happened is that Aborode had a very big farm and the size of his farm is making the herdsmen uncomfortable. He planted so many cashew trees and the trees have grown, so those herdsmen know that they would soon be forced to leave that place. The police are wrong, he was not killed by armed robbers, Bororo herdsmen killed him.”