Boko Haram terrorists have claimed that they are responsible for the abduction of Katsina schoolboys. 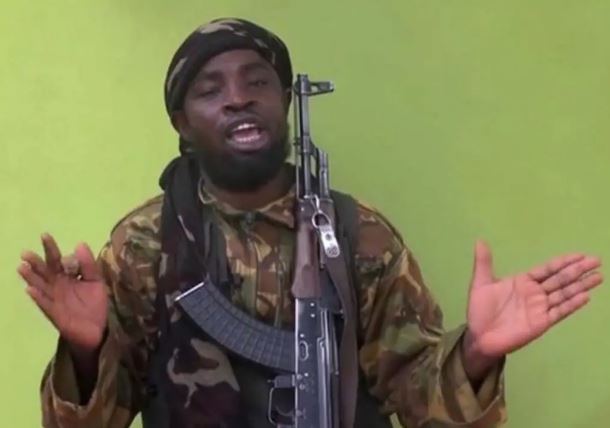 Abubakar Shekau
The terrorist group, Boko Haram said it abducted at least 333 schoolboys from a school in Kankara, Katsina State.
The sect said the move was to discourage "un-Islamic practices such as Western education."
In the audio, a terrorist leader, believed to be Abubakar Shekau, added that the government was not teaching the pupils what Allah and his Holy Prophet commanded.
"What happened in Katsina was done to promote Islam and discourage un-Islamic practices as Western education is not the type of education permitted by Allah and his Holy Prophet," he said.
"They are also not teaching what Allah and his Holy Prophet commanded. They are rather destroying Islam. It may be subtle, but Allah, the Lord of the skies and earth, knows whatever is hidden. May Allah promote Islam. May we die as Muslims. In a nutshell, we are behind what happened in Katsina," the leader said, according to a report by Daily Trust.
There have been conflicting figures in respect of the actual number of students taken away but the State Governor, Aminu Masari, had confirmed that his government was negotiating with the abductors of the missing students.
Gunmen had on Friday night invaded Government Boys Science Secondary School in Kankara shooting sporadically and abducted many students.
Speaking to journalists on Saturday when he visited the school, Masari said the state government was making efforts to rescue the schoolboys.
The governor, who could not control his emotions, broke down in tears while begging residents of the community to be patient and show understanding with the government.
He assured them that the government would do every necessary thing to ensure the release of all abducted students.
Listen below:
SaharaReporters · Boko Haram Claims Responsibility For Abduction Of School Pupils In Kankara, Katsina State
Top Stories