The ruling All Progressives Congress has given its former chairman, Oyegun a new appointment. 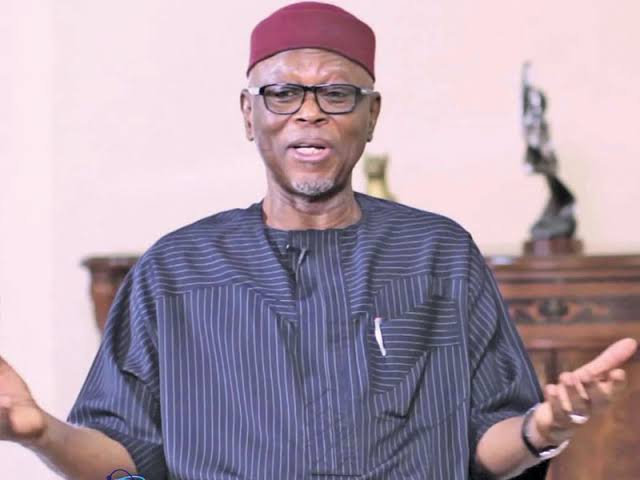 Chief John Odigie-Oyegun
Chief John Odigie-Oyegun, a former Chairman of the All Progressives Congress has gotten a new appointment from the party.
The appointment was confirmed by the the Caretaker/ Extra-Ordinary National Convention Planning Committee on Wednesday.
He was appointed chairman of its South-South reconciliation committee by the party
The was disclosed in a communique signed by the Secretary of the committee and an APC Chieftain from South-South, Lucky Imasuen shortly after a meeting of the party leaders from the geo-political zone in Abuja.
The communique also named other members of the committee as: Lucky Imasuen, secretary; Chief Sunny Jackson, Dr. Mrs. Maryam Ali, Dr. Sam Jaja, Senator Clever Ikisikpo and Chief Emmanuel Nsan.
The communique read in part, “The meeting applauds Mr. President for the tremendous work he is doing under very difficult circumstances. Consequently, a vote of confidence was passed on the administration of President Muhammadu Buhari.
“The meeting resolved that leaders must work together in harmony in the interest of the party and our people.
“The meeting condemned the divisions amongst the leaders and urged on the need to foster unity in the zone.
“The meeting resolved to set up a committee of six persons of integrity to handle reconciliation and issues from the various states.
“The meeting called on leaders to use the membership revalidation, and update exercise as a tool for ramping up our support base and for unification of the party in the region.”
Top Stories