A little boy abandoned to die after being accused of engaging in witchcraft has finally been transformed. 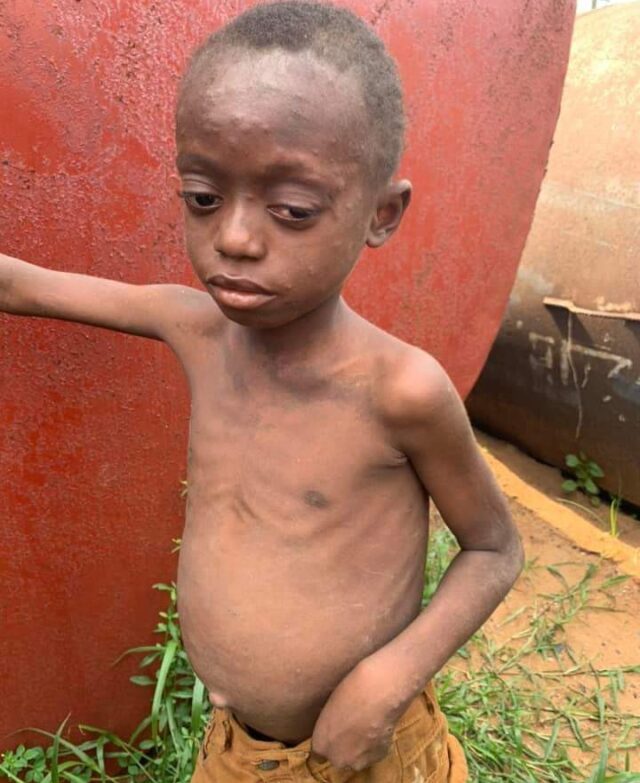 Udem was cast off and accused of dabbling into witchcraft
A little boy by name, Savior Udem who was cast off by his loved one after being accused of engaging in witchcraft has undergone an amazing transformation.
it all started after he was rescued by a Danish aid worker, Anja Ringgren Lovén.
She took to Facebook on Thursday, to share before and after photos of the young boy they rescued in Akwa Ibom on December 2019 after he was branded a witch, shunned and left to die.
The condition of the child was so critical that they feared he won’t survive but one year after his rescue, Saviour Udem is thriving and doing well despite having tested positive for HIV.
Sharing before and after photos of Udem, Ms Loven wrote;
“Exactly a year ago exactly we were called to look at a serious case. A young boy had been spotted along the road and he was in a life-threatening condition,”
”It was just before Christmas and we were all busy decorating Land of Hope for our big Christmas party and suddenly we had to rush and prepare for a rescue mission.
“When we found Saviour he was in serious pain. I was not even sure if he would survive. When I made the update on the day of his rescue I wrote “his condition is critical” and that was because what we worried later turned out to be the case. 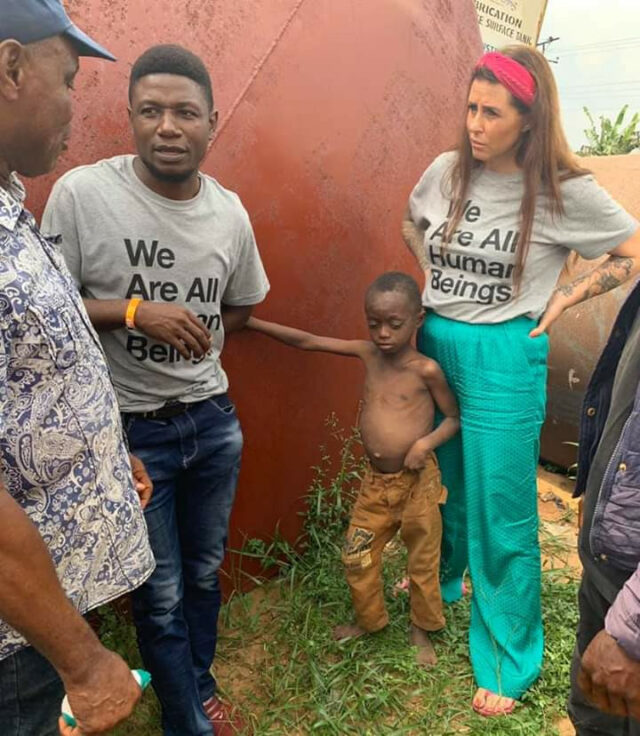 Saviour was tested positive for HIV and when infected, most children in Africa die within one year because of the lack of treatment.
Nine out of 10 children aged 0-19 years living with HIV are in Africa and one of the best ways to fight stigma and empower HIV-positive people is by SPEAKING OUT openly and honestly.
For many years we have educated our children about AIDS and they know that HIV does not make people dangerous and together with our staff they are at the forefront in school to enlighten their fellow students not to discriminate people who are HIV-positive.
As Nelson Mandela said: “Let us give publicity to HIV/AIDS and not hide it, because that is the only way to make it appear like a normal illness”.
Saviour was rescued in time and the urgent treatment we gave him saved his life. Today, one year after his rescue Saviour is a very strong and happy child. He loves to go to school and to play football
Saviour is so much enjoying his new life at Land of Hope where he is constantly surrounded by love, care and protection thanks to all for your amazing support. 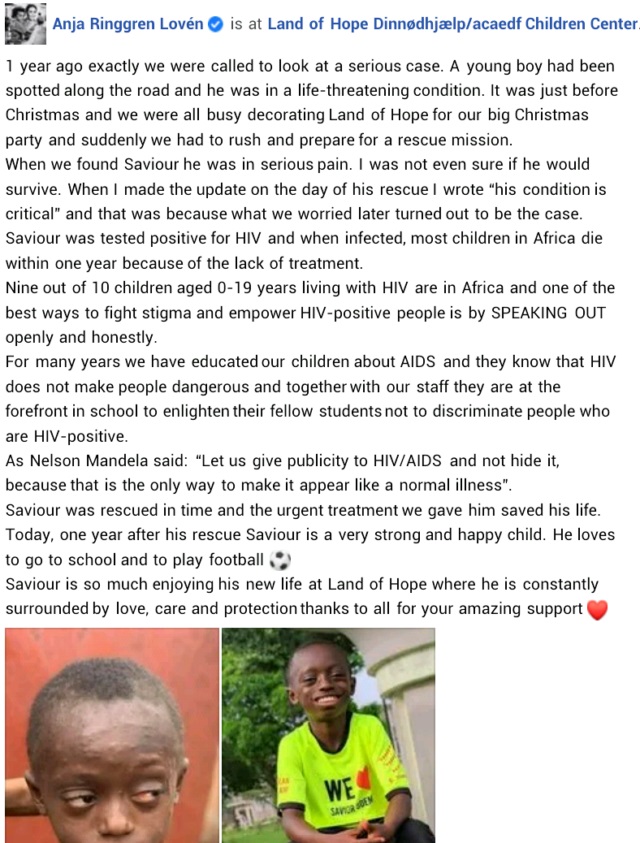