After kidnapping them on 11 of December (a week to today), they were taken to Tsafe, Zamfara State. 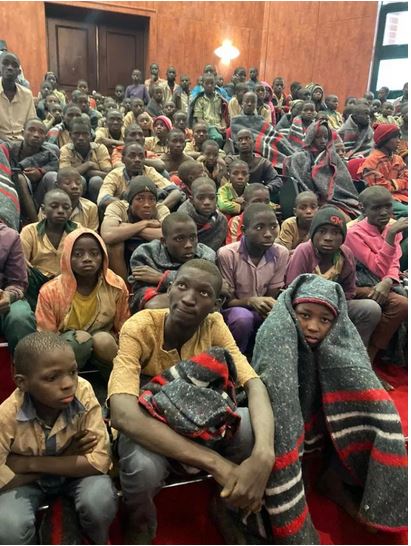 The students after their release

Yahaya Salauwa, Vice Principal of Government Science Secondary School, Kankara, has confirmed that the abducted schoolboys are complete after their release.

He made the confirmation hours after they arrived Katsina.

After kidnapping them on 11 of December (a week to today), they were taken to Tsafe, Zamfara State. The pupils regained freedom yesterday and were currently being treated in Katsina

However, speaking on Friday at the Katsina state government house where the freed schoolboys were hosted, Salauwa said he recognises the pupils and that their number is complete.

“I can confirm to you that the student I saw were all our students and we’re extremely excited to see them alive.

“We can’t forget the day they were abducted, we were all traumatised and became sleepless praying for their safe return. I can tell you that all the students are complete and none is missing.”