Attempts by the five children to retrieve their father’s corpse had been impossible because the death certificate and other documents needed at the mortuary were with Helen. 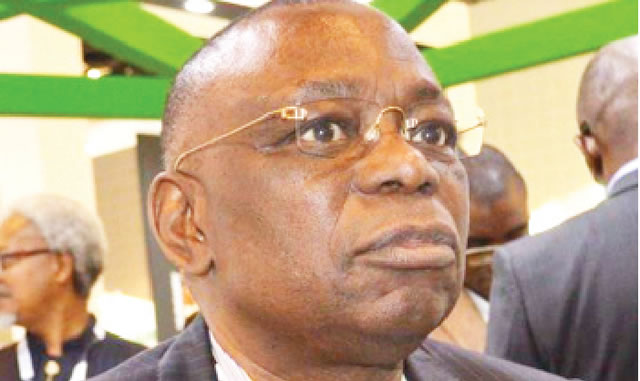 Reports have shown that the corpse of Lagos, Dr Tosin Ajayi, the late Managing Director of First Foundation Medical Centre, has remained at the Lagos State University Teaching Hospital mortuary for eight months.

According to The PUNCH, this development is due to a family feud.

Our correspondent gathered that the feud is between the companion of the deceased, Mrs Helen Prest-Ajayi, a former beauty queen, and his five children from his estranged wife.

Attempts by the five children to retrieve their father’s corpse had been impossible because the death certificate and other documents needed at the mortuary were with Helen.

“The law is clear. It is the person who deposits a body in a mortuary that will be given the original billing sheet. Helen was the one who brought the body and we have no right to release the body to someone else,” said a government official.

It was learnt that the five children dragged Helen before a magistrate’s court in Lagos State over her refusal to handover the documents.

The late Ajayi, who was a wealthy physician and businessman, had interests in many companies.

He first came into prominence in October 1986 when he tried to save the late publisher of Newswatch magazine, Dele Giwa, after a parcel bomb exploded on him.

Ajayi, who died on April 26, 2020, got married to Mrs. Oluyemisi Ajayi, a retired Chief Nursing Officer with the Lagos State Government over 40 years ago.

Although the couple separated, they never divorced until the time of his death.

After separating from his wife over 23 years ago, the deceased and Helen began living together and had a child.

Following his death, the older children of Ajayi said they suspected foul play because they were not notified of his death until days after.

They also alleged that days after their father’s death, Helen made away with some vital documents from his office.

They subsequently demanded a coroner’s inquest through their lawyer, Mr Femi Falana (SAN).

But Helen’s lawyer, Mr Abiodun Owonikoko (SAN), dismissed the demand for a coroner’s inquest, insisting that Ajayi had kidney failure and high blood pressure, which contributed to his death.

When asked if Helen and the deceased were married, Owonikoko told our correspondent that their relationship spanned more than 25 years and produced a daughter.

“She was made to understand that Dr. Ajayi had divorced his first wife, but this is not the time to be discussing such. Things like this would be addressed in the fullness of time,” Owonikoko had said.

Speaking on behalf of the children, Mr Femi Falana (SAN), confirmed that the matter had been taken to court.

“We have gone to court to compel the mortuary to release the corpse for burial and she (Mrs Prest-Ajayi) has asked to be joined in the suit. The truth is that she was never married to the deceased. She clearly stated in an affidavit that they were companions. He never divorced his first wife,” Falana said.