Gardaí had been called to the scene following reports of a man armed with a knife at a Eurospar shop in Hartstown, RTE reports. 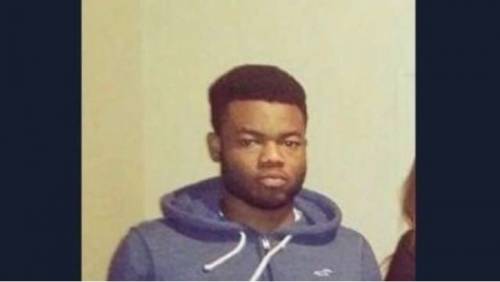 George Nkencho, a 27-year-old Nigerian man, has been shot dead in West Dublin by Gardai, the local police.

The incident happened in the Manorfields Drive area, near the Dublin/Meath border.

Gardaí had been called to the scene following reports of a man armed with a knife at a Eurospar shop in Hartstown, RTE reports.

The man had allegedly threatened staff at the shop at around 12.15 pm.

The Nigerian man, who was in his late 20s, then fled from the shop, threatening uniformed gardaí with a knife as he made his way home a short distance away at Manorfields Drive.

Mr Nkencho was involved in two separate incidents in the Hartstown Shopping Centre at around 12.15 pm. In both instances, he had allegedly threatened members of the public with a knife, local media claim.

In one incident, a staff member in the EuroSpar received facial injuries. That man is receiving treatment in hospital for his injuries. Moments later, Mr Nkencho was involved in a public order incident in the local post office.

Uniform and unarmed Gardaí responded to the scene and observed a man in possession of a knife.

He continued to threaten members of the public and unarmed Gardaí with the knife, a Garda statement said this evening.

Gardai followed Mr Nkencho on foot and in vehicles from the Hartstown Shopping Centre towards Manorsfields Drive, Dublin 15. During this period, Gardaí were engaging him and encouraging him to drop the weapon.

Multiple videos taken by public members in the moments leading up to his death show the 27-year-old, who it is understood had experienced mental health issues, walking across a green area and being followed by marked and unmarked Garda cars.

Mr Nkencho was shot several times by a garda gun at Manorfield Drive in Clonee during the stand-off.

Gardaí have been made aware of several videos taken of the shooting itself and its aftermath. Gsoc is investigating the incident also.

The ASU was also threatened with a knife. Gardaí said that the ASU “implemented a graduated response where the use of less-lethal force options” which were a taser and pepper spray, “to resolve the incident”.

“The less-lethal use of force options were unsuccessful,” said the garda statement.

Following this, at approximately 12.35 pm today a member of the Armed Support Unit discharged several shots from his official firearm, shooting Mr Nkencho.

Nkencho was pronounced dead this afternoon after being transferred to Connolly Hospital in Blanchardstown.