How We Rescued Catholic Bishop From the Creeks - Police


The story how police officers trailed kidnappers of Auxiliary Bishop of Owerri Catholic Archdiocese to the creeks and rescued him has been told. 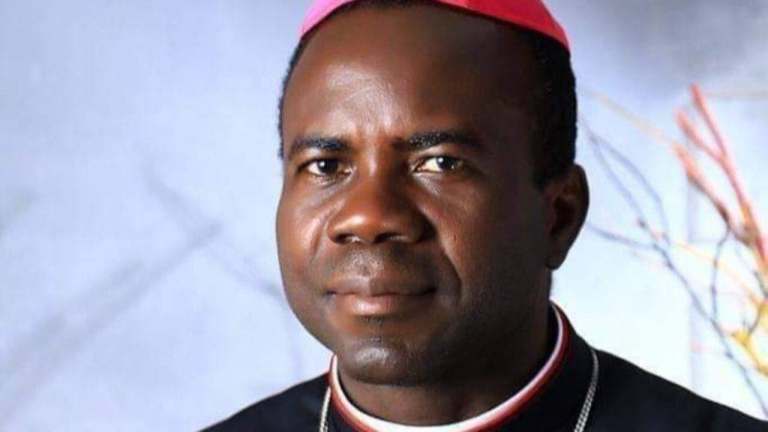 Auxiliary Bishop of Owerri Catholic Archdiocese, Moses Chikwe
Security operatives have given details how a kidnapped Auxiliary Bishop of Owerri Catholic Archdiocese, Moses Chikwe regained his freedom.
According to the police, Chikwe was rescued from the creeks.
The police spokesperson in the state, Orlando Ikeokwu, said the bishop, who was kidnapped on December 27, 2020, was rescued in a forest between Imo and Rivers states.
Ikeokwu also confirmed that the bishop’s driver, Ndubuisi Robert, was rescued.
He added that some persons were arrested in connection with the incident.
Ikeokwu said, “The Auxiliary Bishop of the Catholic Archdiocese of Owerri, Bishop Moses Chikwe, has been rescued unhurt as a result of a sting operation embarked upon by the tactical squad of the command led by the anti-kidnapping unit.
“Recall that on  December 27, (2020), the auxiliary bishop was kidnapped together with his driver, and the hoodlums went ahead to kidnap one Chioma Stephenie Ekwedike ‘f’ aged  33 years at Imo Housing Estate, Umuguma, Owerri West LGA in front of her residence.
“Pursuant to  the above, the Head and Officer in Charge of the state police command, newly promoted AIG Isaac O. Akinmoyede, activated all the tactical teams in the command, and charged them to rescue  the bishop and others, and arrest the hoodlums  responsible for the act.”
He said that acting on the said directive, a combined unit of all the tactical teams stormed Awara, in the Ohaji/Egbema Local Government Area, and Omuku creeks on December 31, 2020, where a “few persons positively linked to the crime” were arrested, and some incriminating items recovered.
Ikeokwu added, “The arrest of the suspects and other coordinated operations by the command led to the kidnappers abandoning victims, leading to rescue of the bishop and two other victims unhurt and without payment of any ransom. Efforts are ongoing to arrest the fleeing members of the notorious kidnapping syndicate.
“It is noteworthy to mention that an online media platform last week came up with the news of the death of the bishop. In the online report, it was claimed that the auxiliary bishop was beheaded and his head and decapitated body recovered somewhere in Anambra State.
“The command, therefore, wishes to warn against such speculative and junk reporting, especially on social media as such is capable of  causing a breach of peace. The command also wishes to commend the public and the Christian community for the calmness during the period of this travail and the confidence reposed in the Nigeria Police to resolve the crime.”
Top Stories