It is a sad news for Nigeria following the loss of a former chief of Air Staff, Air Marshal Nsikak Eduok. 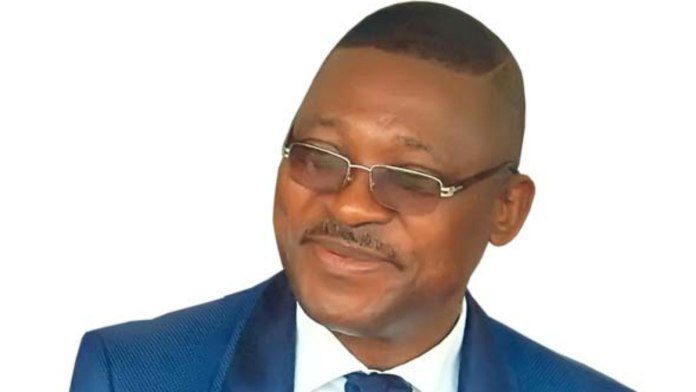 Nigeria’s former Chief of the Air Staff (CAS) Air Marshal Nsikak Eduok
Nigeria has lost its ex-Chief of the Air Staff (CAS) Air Marshal Nsikak Eduok after a protracted illness.
He died at the age of 73.
The sad news was confirmed by the government of Akwa Ibom state.
Also, veteran journalist Nsikak Essien shared the sad news on a Facebook post on Thursday, saying that Eduok died on Wednesday at Ibom Multi-Specialty Hospital, Uyo after a protracted illness.
The only service chief ever produced by Akwa Ibom State, Eduok enlisted into the Nigerian Air Force (NAF) as a potential pilot on August 1, 1968.
He had his initial military training at the Nigerian Defence Academy after which he went for primary flying training in 1970.
On completion of his primary training, Eduok undertook the Basic Flying Training Course in 1971.
He emerged as the best-all-round student pilot in both phases and was commissioned Second Lieutenant in February 1971.
Air Marshal Eduok attended several professional and staff courses both at home and overseas.
He also served in various capacities in several units within the NAF and was appointed CAS on March 30, 1996, a position he held until the return of civilian rule on May 29, 1999.
Among other non-military related appointments, Eduok served as chairman, board of trustees of the United Evangelical Church in his home state.
The Nsikak Eduok Avenue in Uyo is named after him.
His death comes two weeks after that of the first indigenous military governor of Akwa Ibom Air Commodore Idongesit Nkanga.
Nkanga died on December 24 from COVID-19 related complications.
See press release by the Akwa Ibom state government below:
PRESS RELEASE GOVERNMENT OF AKWA IBOM STATE
Air Marshall Nsikak Eduok (Rtd) is Dead
The Government of Akwa Ibom State hereby formally announces the death of a former Chief of  Air Staff and former  Minister of Aviation, Air Marshall Nsikak Eduok(Rtd). He died yesterday, 7th January, 2021 in Uyo.
The information from his doctors indicate that he died of end-stage  kidney failure.
The late elderstateman was a very respected Nigerian and Akwa Ibomite who contributed greatly to the development of our country and state.
His Excellency the Governor of Akwa Ibom State, Mr. Udom Emmanuel,  is greatly grieved by the news of his death and extends his condolences to the bereaved family.
May his gentle soul rest in peace. Amen
Signed:
Dr Emmanuel Ekuwem
Secretary to the State Government
07012021
Top Stories