A mother has made a passionate appeal demanding N5 billion after police officers chased her son to his death in Osun. 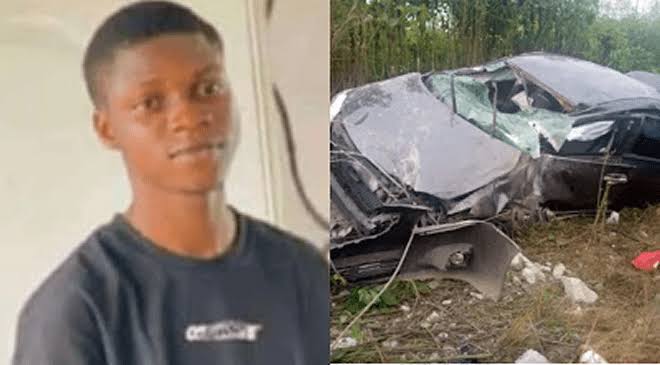 Mrs Titilayo Ajibola's son was chased to his death by the police
A Nigerian woman has demanded N5 billion from the police as compensation after her son was chased to his death by police officers.
Mrs Titilayo Ajibola, mother of one Idris, whose death occurred when a car he was travelling in crashed following a chase allegedly by men of the Joint Task Force last September in Osun State made the demand after approaching the panel investigating police brutality and other extra judicial killings in Osun State, through her lawyer, Mr. Kanmi Ajibola.
According to her, her son Idris and two other occupants of the vehicle on September 15, 2020, were chased by JTF men with another vehicle, until their car crashed, leading to Idris’s death.
Appearing before the panel on Saturday, Ajibola, who could not hold back tears, said she had been in pain since the incident happened.
In her testimony before the panel, she said, “I am in pain because of his (Idris) death. I want the panel to assist me. I suffered a lot before I gave birth to him. I want the prosecution of those that killed my son. I demand N5bn compensation as well as prosecution of those that committed the act.”
In their separate testimonies, one other occupant of the vehicle, Adedayo Oyeleke and Abdulsalam Adekunle, who drove the car involved in the accident, both said JTF men ordered them to stop or be shot.
To escape being shot, Abdusalam said he had to increase the speed, adding that the JTF men chasing them fled the scene immediately the accident occurred.
Chairman of the panel, Justice Akin Oladimeji (retd), after the panel had admitted as exhibits pictures of the scene of the accident tendered by the petitioner’s counsel, adjourned the matter till January 29, 2021 for further hearing.
Top Stories