With a staggering 759 career goals, Cristiano Ronaldo has stamped his name in football history. 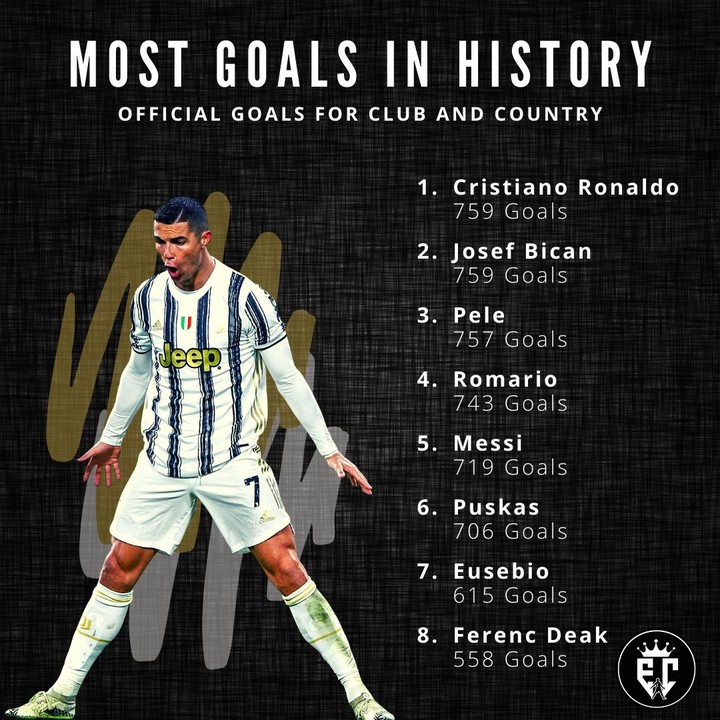 Ronaldo makes history in football
Juventus star, Cristiano Ronaldo has secured his place in football history after becoming joint topscorer with Josef Bican with a staggering 759 career goals.
He achieved this after scoring Juventus' third goal in the match against Sassuolo on Sunday.
Cristiano Ronaldo scored the third goal in Juventus' 3-1 win over Sassuolo on Sunday and with that he became the joint-highest scorer for club and country in the history of the game. With 759 career goals, Ronaldo equalled Josef Bican, the Austrian-Czech striker who played between 1931 and 1955. In the first week of the year, the Portuguese icon edged past former Brazilian great Pele’s record of 757 official goals. Ronaldo’s long-time rival Lionel Messi is at the fifth spot.
The 34-year-old is now on the brink of arguably his proudest achievement to date. He needs just one more goal to become the highest-scoring player ever.