First, a goat named Lincoln was elected mayor in 2018, and a dog named Murphee has since taken over the job. 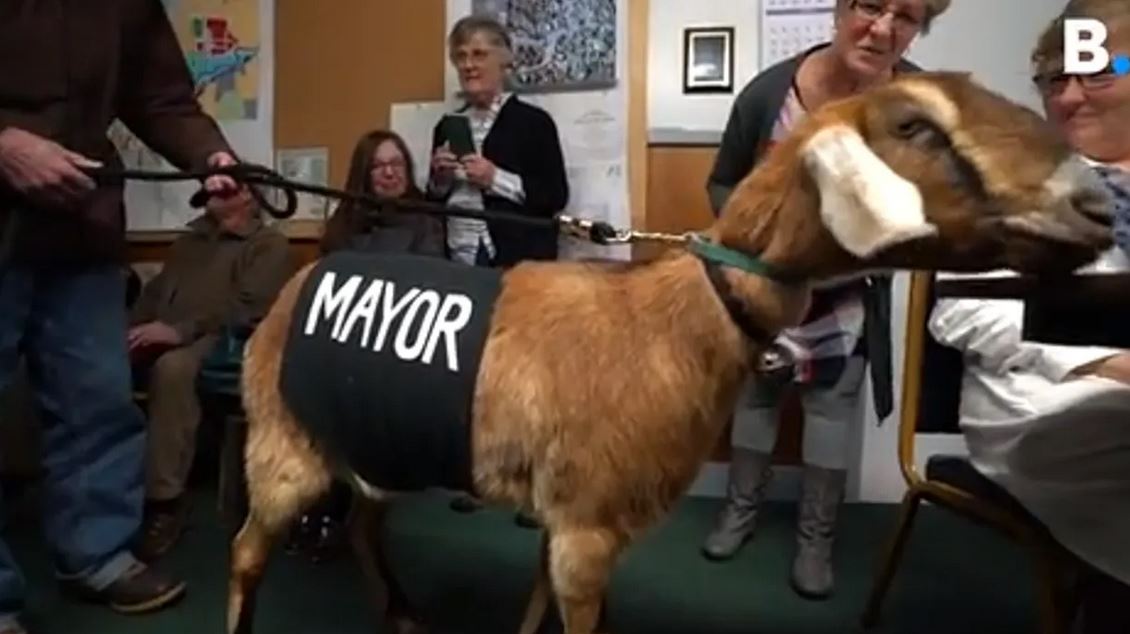 A goat and a dog have both been elected in a town in Vermont, USA to serve as its honorary mayor, a bold step the town says it took in order to receive funds to renovate a 32-year-old playground.

It is not the first time the town of Fair Haven has elected an animal as mayor.

First, a goat named Lincoln was elected mayor in 2018, and a dog named Murphee has since taken over the job.

“When I was talked into putting Murfee up to run, I thought, easy-peasy, we’ll get some T-shirts, we’ll go to the Spring Fling, we’ll sell some shirts and raise some money,” the Cavalier King Charles spaniel’s owner, Linda Barker, told the Rutland Herald.

“And then COVID struck and it was like ... there go all the easy plans,” she said, noting they’ve since begun selling face masks instead.

Now they have gotten most of their contributions due to their animal mayors, the town plans to start construction for the project in May.