A Nigerian man has made it to the top of his profession as he now makes shoes for top Hollywood celebrities. 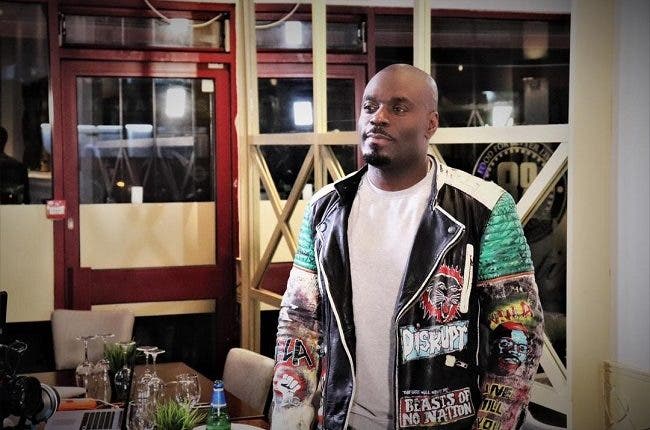 Andrew JésùSégun Mackenzie
A Nigerian man has made it to the pinnacle of his profession as he now makes shoes for top celebrities in Hollywood and music world.
The Nigerian identified as Andrew JésùSégun Mackenzie is the founder and creative director of JésùSégunlondon, a luxurious shoemaking company in London.
According to Nigerian Tribune, the shoemaker revealed that he loves making shoes and he tasks himself by making his next design better than the previous one. “Creativity is my prowess and the creation of masterpieces my forte, designing has been ingrained into my soul, my pieces are afforded unstinted attention to detail,” he said.
Born and raised in London to Nigerian parents, he revealed that his passion for shoemaking began when he spent some time in Italy, the fashion capital of the world, where he enrolled on a shoe-making course.
He said: “In 2016, I founded JésùSégunlondon and since its humble beginnings, JésùSégunlondon shoes have been worn by notable celebrities including rapper 50 Cent, ‘Stranger Things’ star, Noah Schnapps, Joe Lo Truglio of Brooklyn Nine-Nine fame, UK comedian/actor Richard Blackwood and Ghanaian actor, Michael Blackson.”
His designs have also been featured in international fashion shows, he said, “JésùSégunlondon’s designs have also been showcased during New York, London and Africa fashion weeks.”
The shoemaker noted that with the success of his brand in London, he aims to replicate it in Africa. “Our showroom is currently under construction at the Kempiski Hotel Accra Ghana and we anticipate launching an outlet in Lagos/Abuja for 2022. After we have established our business in Nigeria we will move to other African countries,” Mackenzie said.
He continued, “We were established in 2016 and quickly attained a reputation for being bold, luxurious and the epitome of statement pieces. Each shoe is designed with unrivalled attention to detail with experienced artisans delivering far beyond aesthetics because we believe that quality, beauty and comfort should work hand in hand.”
Speaking about how the COVID-19 pandemic affected his business, he said that he had to improvise. “The global pandemic naturally affected the business but this is not an impediment, we improvised. Our clients are loyal and consistent. The year has been hectic, coming from London, we have been on lockdown most of the year,” he said.
Top Stories