Dele Momodu has made a startling revelation about his relationship with late Moshood Abiola's first son. 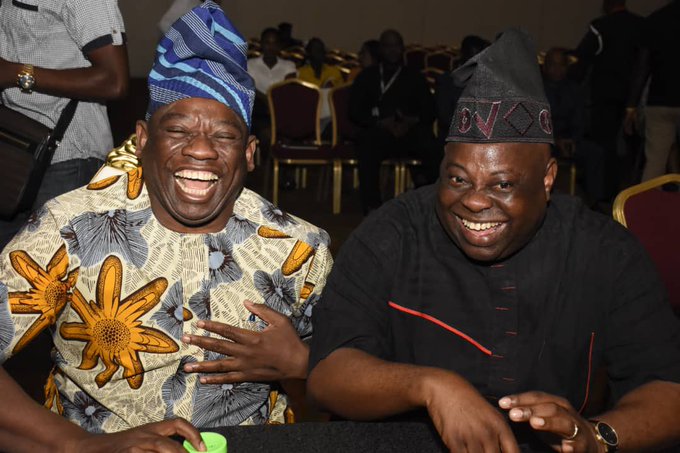 Kola and Dele
Nigerian journalist and publisher, Dele Momodu has revealed that his first car was bought by Kola Abiola.
Kola is the first son of winner of the annulled June 12, 1993, presidential election Moshood Abiola.
Dele Momodu is the Chairman of Ovation Media Group.
Mr Momodu revealed via a tweet on Monday, saying he was only 29 when Kola bought him the car.
He added that he would be eternally grateful for the friendship.
“My love and respect for ABDUL-LATEEF KOLAWOLE ABIOLA developed way back in 1991 when he bought me my first car when he was barely 29 years old… I’m eternally grateful for our friendship,” wrote Momodu.
The media mogul was an ardent supporter of the late Abiola.
In 2019, he said the late Abiola taught him to “fish in international waters instead of swmming in the purified local waters.”
In May 1988, Momodu got his first job as staff writer with African Concord magazine, owned by late Abiola.
A year later, Momodu was transferred to Weekend Concord as a pioneer member of staff.
He rose to the position of literary editor May 1989 and within six months became news editor of the Weekend Concord.
In 1993, Momodu resigned to join the Moshood Abiola Presidential Campaign Organisation. 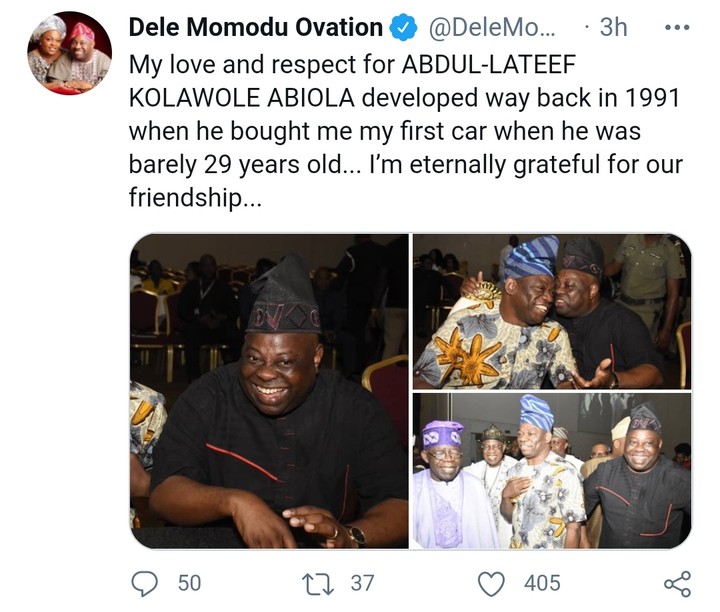