Expressing his concerns over the worrisome state of insecurity in the country, Governor Ishaku said the government should allow citizens to own a gun for protection. 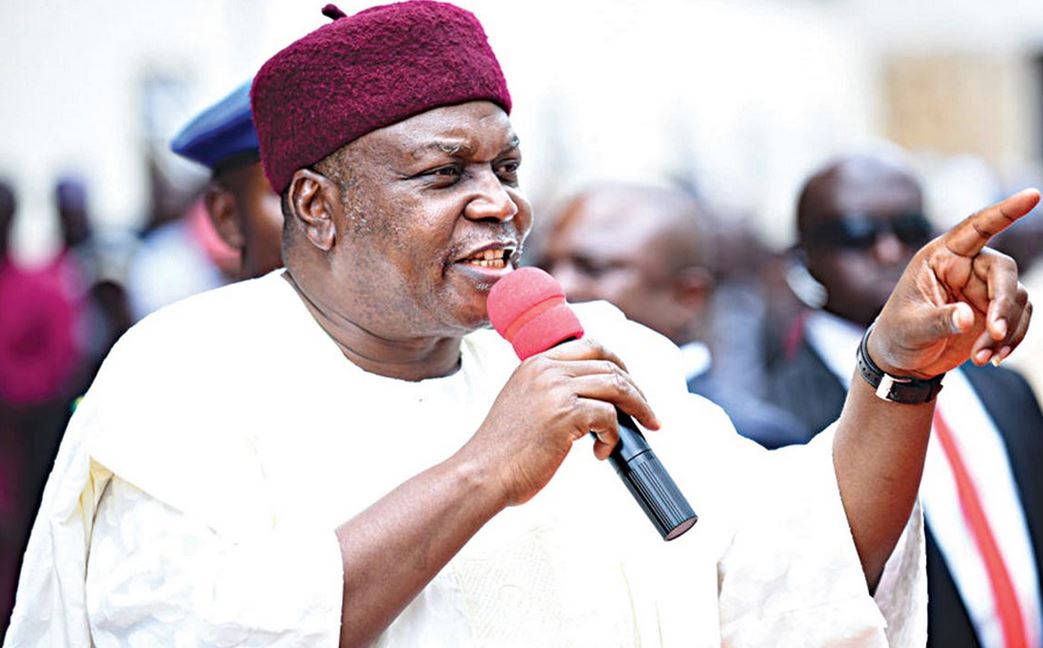 As insecurity worsens in the country, Gov Darius Ishaku of Taraba has urged the Federal government to allow Nigerians own licensed guns to protect themselves.

Expressing his concerns over the worrisome state of insecurity in the country, Governor Ishaku said;

“The security in this country has gone to the lowest ebb and we have to all wake up. We as leaders have given our advises severally as to the change to the security architecture, you cannot keep doing one thing over and over and expect a different result,” he said.

If we cannot be able to provide security for our citizens, then allow all the citizens to buy AK-47, because if everybody is licensed with AK-47, I swear nobody will come to your house, or peradventure he does then it depends on who is faster.

In a situation where we are all gagged with one security system that has been unable to work, and we are told to sit down and be counting the day our turn will come, I do not agree with it.”