Igbo Woman Challenges Tradition, Narrates How Her Brothers Took All Inheritance When Their Father Died


Despite being the first child, Igwe said she and her five sisters were not given any part of the inheritance. 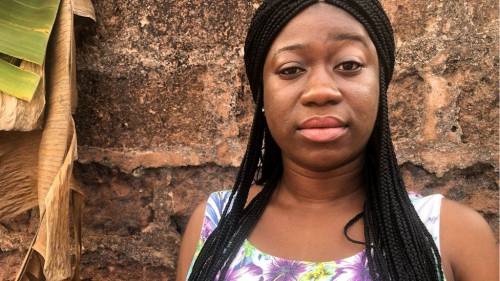 Onyinye Igwe, a Nigerian woman, has challenged a tradition in Southeastern Nigeria.

The woman challenged the tradition of giving parents' inheritance to only male children in parts of southeastern Nigeria, after her brothers took all the property their father left for them.

In her interview with BBC, Igwe said her father died two years ago, and since then, life has become difficult for her even though her father was a relatively wealthy man, who left behind houses, land and money in the bank.

Igwe said her father died without writing a will, so the duty of sharing out his estate went to his children.

Despite being the first child, Igwe said she and her five sisters were not given any part of the inheritance.

According to her, everything went to the three men in the family as is the custom among the Igbo people.

She said, “The men [her brothers] claimed all that our father had.

“They told us [women] that we are going to get married into another person’s home so we don’t have anything from our father. Because that’s the tradition, we didn’t fight with them."

Igwe said she could no longer afford to pursue her university education and now runs a small business selling cooked noodles in Abagana town in southeastern Anambra.

Another woman, Evelyn Onyenokwalu, the first child in a family of four said her only brother, though the last born, inherited the father’s entire estate, including the family house.

She said people had to help beg her brother before he gave her a single room in the family house with an order that she must always leave the door of the room open.