Some students have reportedly died at the Ebonyi State University while struggling to write exam. 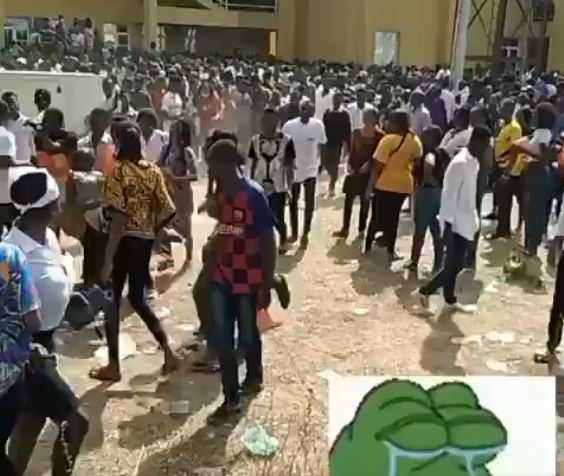 EBSU students reportedly die while struggling to write examination
A tragic incident has reportedly claimed the lives of three students of Ebonyi State University yesterday.
According to a video shared on Twitter, three students reportedly dropped dead after suffocating during a GST exam on Wednesday, February 10.
The tragic incident happened as hundreds of students tried to write the exams which led to stampede and struggle.
Some of the videos shared on Instagram, showed the moment some of the students who collapsed were rushed to the school clinic.
Watch the video below.

This happened today at my school EBONYI STATE UNIVERSITY,
What happened? They went to write GST Exams the 10 faculties! Though different levels.They were packed like sardines,no ventilation!,8 persons fainted 3 confirmed dead 😭😰
We don't have good management!
God💔!
HELP! pic.twitter.com/LrPSrqU9X5