#OccupyLekki: It's Better To Have Protesters Than Bandits With AK-47 —Adamu Garba Blows Hot


Garba, who said it was better to have peaceful protesters than AK-47-wielding bandits, stressed that the arrested #OccupyLekki protesters have the right to seek justice. 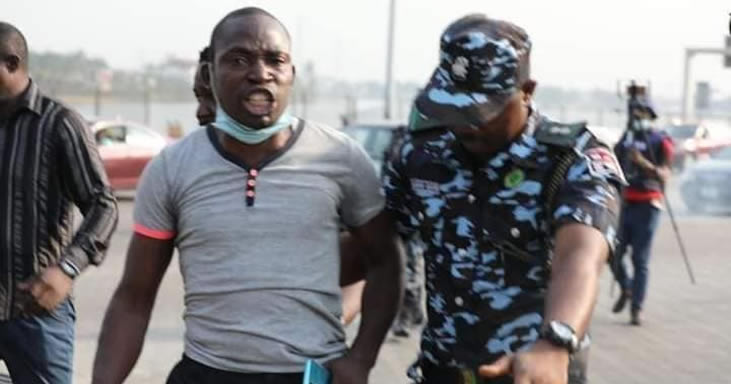 Adamu Garba, a former presidential aspirant, has urged the men of the Nigeria Police Force to release all protesters arrested on Saturday at the Lekki Tollgate in Lagos State.

Garba, who said it was better to have peaceful protesters than AK-47-wielding bandits, stressed that the arrested #OccupyLekki protesters have the right to seek justice for all victims of the October 20, 2020 incident which eyewitnesses claimed security forces opened fire on #EndSARS protesters.

He tweeted, “In as much as the #EndSARS protesters are not blocking the way for other citizens to move along the #Lekkitollgate, the law permits them the right to peaceful protest. After all, that is a tenet of democracy which we practice. All arrested protesters should be released immediately.”

Continuing, Garba wrote, “When will we ever learn in Nigeria? Is it not better for people to express themselves in a protest than hide behind any extreme motive to seek justice? I would rather have a peaceful protester than a bandit with AK-47.

“If #EndSARS protesters promises to be peaceful, let them be. If for any reason, an iota of violence is detected from them, the authorities should quickly mobilise and disperse them.

“But as long as protesters claimed to be peaceful, we should give them their right to protest and protect them against possible hoodlums hijacking the protest.”

The PUNCH had reported that the Lagos State Judicial Panel of Inquiry probing alleged killing of #EndSARS protesters by soldiers at the Lekki toll gate, decided to hand over the tollgate back to its operators, Lekki Concession Company, after forensic experts submitted their report on the October 20, 2020 incident.

While the #DefendLagos campaigners shelved their planned counter-protest, the # OccupyLekkiTollgate campaigners defied the orders of the Federal Government, the Lagos State Government and the Nigeria Police Force that there should be no protest at the Lekki toll gate area or any part of the state.