Reacting to the Hausa-Yoruba violence, the governors pleaded with both parties to refrain from violence and maintain peace. 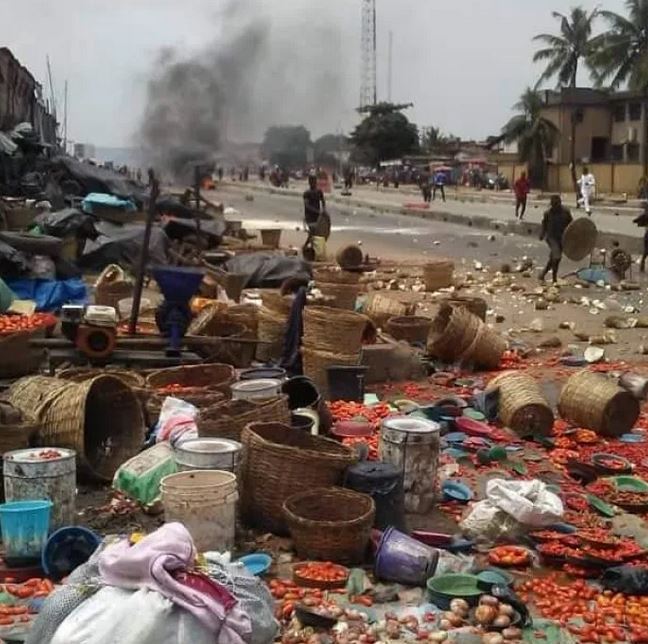 Ekiti state governor, Kayode Fayemi and Rotimi Akeredolu of Ondo State have both reacted to the clash between the Hausas and Yorubas in some South Western States.

Tensions came to a boil on Saturday, Feb 13, in Ogun state, when hoodlums suspected to be herdsmen allegedly launched an attack on Orile-Igbooro in Yewa North local government area, killing no fewer than four persons.

Houses were burnt down while several people sustained varying degrees of injury in the said attack.

Several other communities in the area were also allegedly attacked.

This prompted the Olu of Ilaro and the paramount ruler of Yewaland, Oba Kehinde Olugbenle, to appeal to the government to protect lives and property in his domain.

There was also violence in Shasha area of Ibadan, Oyo State capital, among others in the South-West.

The Ibadan clash reportedy led to the death of some residents, destruction of properties and displacement of people.

This resulted in the state government ordering the immediate closure of the market indefinitely and imposing curfew in the area.

Reacting to the Hausa-Yoruba violence, Governor Rotimi Akeredolu of Ondo State, who is the Chairman of South-West Governors Forum, and Governor Kayode Fayemi of Ekiti State pleaded with parties to conflicts in the region not to take the law into their hands.

Akeredolu appealed to residents, in particular the Yoruba in Ibadan, Oyo State, not to take the law into their hands following the violence that erupted in Shasha.

He went on: “As governor of Ondo State who doubles as Chairman, South West Governors’ Forum, it becomes very compelling for me to address ALL RESIDENTS, in particular, the Yoruba speaking people of our dear region as regards recent happenings bordering on security.

“Without doubt, the situation we have found ourselves as a people is most despicable and contends violently against, and abhorrently at variance with the values and hospitality for which our people are known.

“We have been known for thoroughness. We have identified with legality over the centuries; and our ethos as a civilised breed of people are such that we do not identify with lawlessness, not even illegality.

“ln this regard, we urge all indigenes of the South West to sustain these values and enviable virtues by remaining law abiding.

“Our resolve in this direction is not a sign of weakenss; it is indeed, the strongest of all.

“ln particular, while I understand the height of provocation in the light of recent happenings as regards Shasha, Ibadan, I, alongside my other brother Governors in the Region are against willful appropriation of Laws unto hands.

“We do not support violence and in particular, brigandage, jungle justice and unnecessary self-help.

“We note with delight, the efforts of our brother Governor, Engr Seyi Makinde of Oyo State who has taken very bold steps to stave off further escalation of the violence by imposing curfew in the affected areas.

“He deserves every support in his avowed commitment towards peace and security in Oyo State. We shall all survive these times and live peacefully, once again in our lands”.

On his part, Fayemi called on the warring parties to the Shasha, Ibadan clash to sheath their swords.

Fayemi, in a statement  by his Chief Press Secretary, Yinka Oyebode, sympathised with the government and people of Oyo State, especially families that have lost lives and properties during the violent clash.

He also commended Governor Seyi Makinde for taking immediate steps in arresting the carnage, including the declaration of curfew.

Fayemi said regardless of the cause of the disagreement that led to the mayhem, a peaceful resolution of the conflict remained the best option.