Aliyu who falsely represented himself as an NSCDC officer and testified in the assumed capacity in a criminal charge bagged seven years imprisonment. 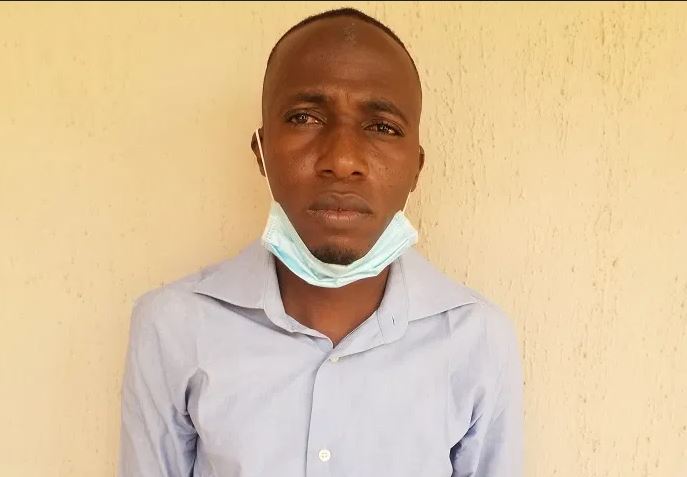 A fake NSCDC officer identified as Abdulrashid Isa Aliyu has been convicted by a Sokoto State High Court, today March 3, 2021, and sentenced to seven years imprisonment for impersonation.

Aliyu who falsely represented himself as an NSCDC officer and testified in the assumed capacity in a criminal charge bagged seven years imprisonment with an option of Two Hundred and Fifty Thousand Naira (N250,000) fine.

The one-count charge brought against the convict by the Sokoto Zonal Office of the Economic and Financial Crimes Commission, EFCC, reads;

“That you Abdulrashid Isa Aliyu, adult, male, on the 26th day of October 2020 at Sokoto within the Jurisdiction of the High Court of Justice, Sokoto State did give false evidence when you testified under oath in charge No. SS/38C/2018 before the High Court of Justice No. 3 of Sokoto State by presenting yourself as a staff of the Nigeria Security and Civil Defence Corps (NSCDC) employed in 2014 with Force Number 65155, which you knew to be false and you thereby committed an offence contrary to Section 121 of the Sokoto State Penal Code Law, 2019 and punishable under Section 123 of the same Law”.

The defendant pleaded ‘guilty’ to the charge. Consequently, the prosecuting counsel, S.H Sa’ad asked the court to convict and sentence him accordingly.

Justice Malami Dogondaji thereafter, convicted and sentenced Aliyu to 7 years in prison, with the option of N250,000 fine.