A second casualty has been recorded during the bloody reunion of the 279 abducted students and their parents. 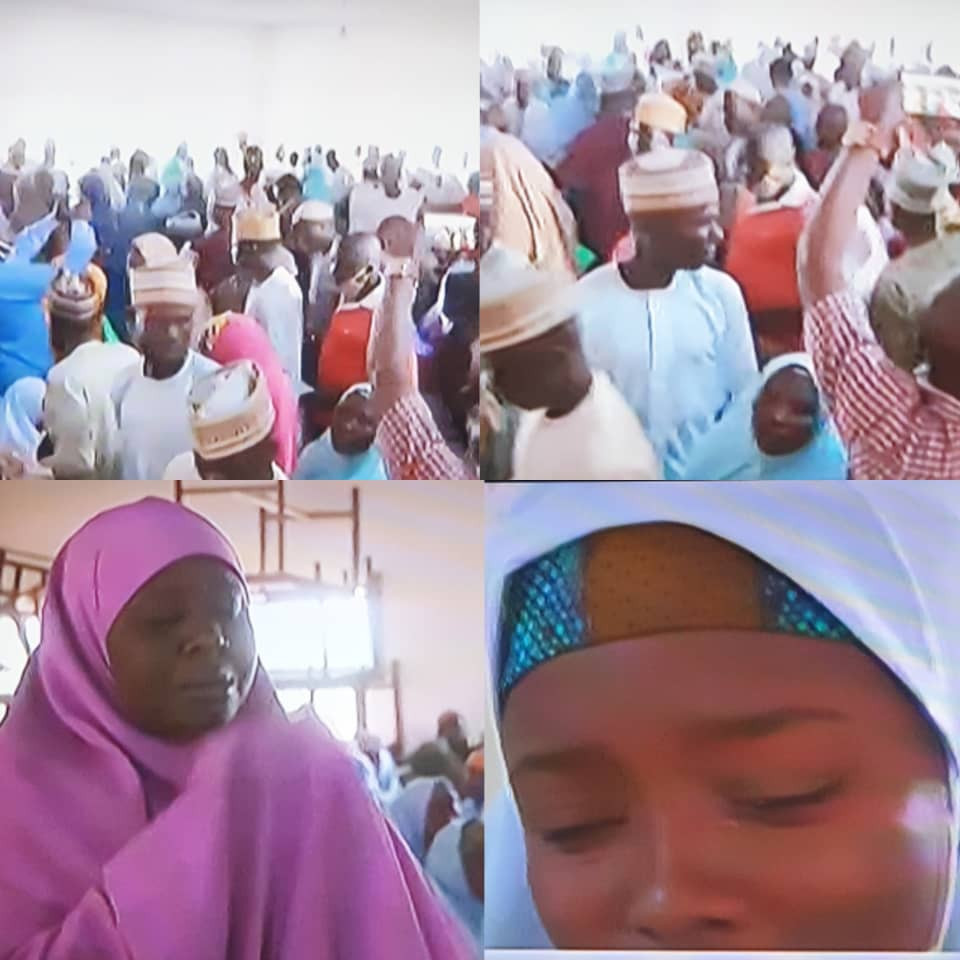 Jangebe schoolgirls and parents reunite
At least one person reportedly died after soliders allegedly fired shots at parents and students of Government Girls Junior Secondary School in Jangebe, Zamfara state during their reunion on Wednesday, March 3.
This comes following the release of the 279 abducted students.
It all started after agitated parents expressed disappointment over the prolonged ceremony organized to reunite with their daughters. The anxious parents disrupted the ceremony to hug their children and reunite with them.
It was in the moment of the chaos that the military allegedly pulled their trigger, killing one person. Two others sustained gunshot wounds.
Sadly, one of the two injured victims has died. The other one according to Arise TV is still in the hospital.
Top Stories