The beauty queen dragged the politician to court, seeking custody of her four sons while accusing him of physically assaulting her during their marriage. 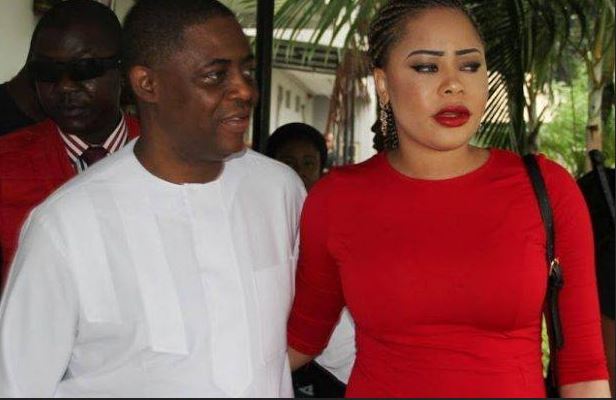 Precious Chikwendu, the estranged wife of former Minister of Aviation, Chief Femi Fani-Kayode has dragged him to court, demanding full custody of their four sons.

Chikwendu accused Fani-Kayode of beating her up several times, including when she was pregnant, accusing the ex-minister of confining her to a hospital when she attempted to escape.

The former beauty queen made the allegations in an affidavit she deposed to in support of an originating motion brought pursuant to Section 69 of the Child Rights Act, 2003.

She said she met Fani-Kayode in 2014 at the peak of her career and they soon fell in love and began living together and had four children, a son aged five and a set of triplets aged three.

She said, “From the early days of our relationship, the respondent (Fani-Kayode), has always maintained a lifestyle of utter disregard to my feelings. This was evident in the way and manner the respondent assaulted me while pregnant with our first son.

“The respondent (Fani-Kayode) kicked me severally on my stomach over a petty argument that ensued. It was my friend, Vanessa, who was around at the material time that intervened at the nick of time to save me.

“I had to leave the respondent’s (Fani-Kayode’s) house a few days after this incident. The respondent (Fani-Kayode) repeated the same act when I was pregnant with triplets. This time, it was my mother and sister, Faith, that intervened.”

Chikwendu alleged that on one occasion, Fani-Kayode and a former Divisional Police Officer of Asokoro Police Station drugged her.

She said the ex-minister and she soon became companions and began living together. She, however, said things soon turned sour as Fani-Kayode began exhibiting signs of paranoia.

The ex-beauty pageant alleged that the former minister accused her of infidelity and on several occasions locked her out of their home located on Aso Drive, Asokoro, Abuja.

The ex-beauty pageant alleged that in a bid to spite her, Fani-Kayode had been taking pictures of the children with different women and posting them on social media.

In a response filed by one Oluwafemi Popoola on behalf of Fani-Kayode, the ex-minister said he had not been properly served with the court processes and hence could not respond appropriately.

The affidavit Popoola deposed to read in part, “Except there is service or proper service of the originating processes filed in this case on the respondent/applicant, this honourable court will lack the jurisdiction to conduct further proceedings.”

Chikwendu said, “I was incarcerated at a hospital for a period of two weeks. I was separated from my six-month-old triplets and a year-old son at the time.”

Chikwendu, who alleged that the ex-minister had denied her access to her children for several months, asked the court to compel Fani-Kayode to give her a monthly payment of N3.5m for the upkeep of their four sons

According to Chikwendu, Fani-Kayode currently spends N1.8m on food, toiletries and others on the four children every month while N575,000 is spent monthly on clothing.

She said Fani-Kayode had continued to deny her access to the children in order to compel her to return to the marriage.

In the picture she posted online, it appears Snowhite was in Court yesterday, March 5, with her security details and legal team surrounding her. 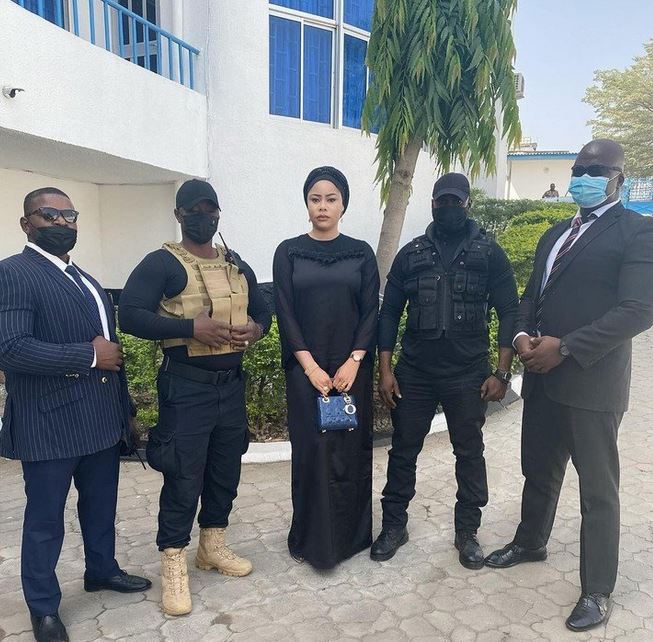 "You called me Khalesi because you knew that behind my pretty face , Is a warrior that never gives up. You kept mocking me and said i had nobody but i constantly told you, i have God .

Then the jackals thought i’m a tigress and kept off my track but still messing with my cobs. Now this Lioness is out for her cobs and wont stop till the sun stands still . Taking the sticks and stones thrown at me to build a house