Speaking about his memories of the deceased film star, Afolayan said Daba had his oxygen close when they were filming ‘Citation’. 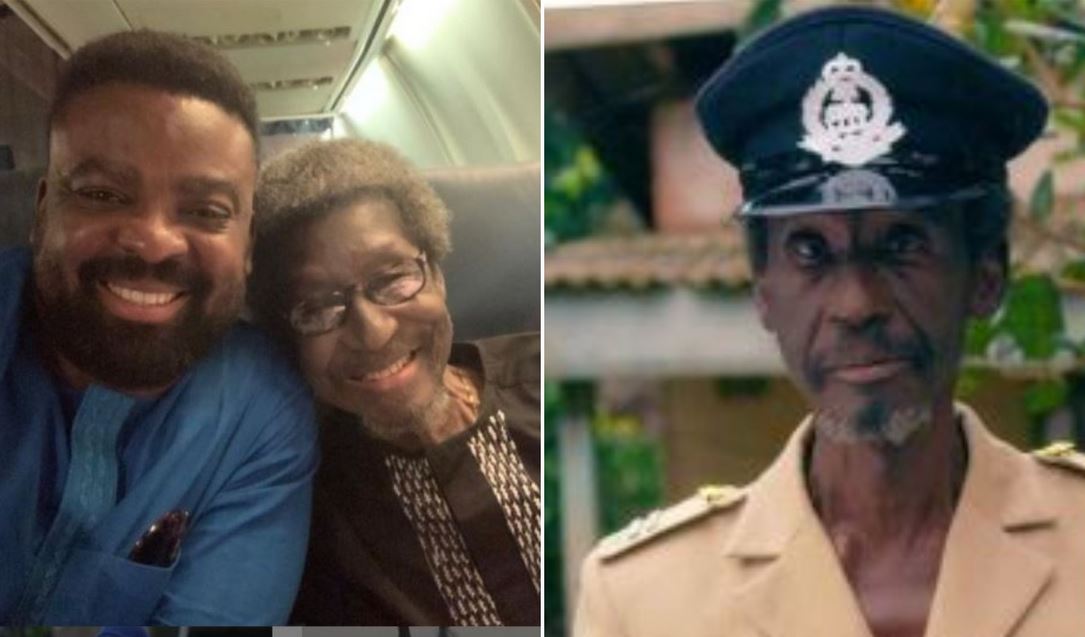 Popular film maker, Kunle Afolayan, has revealed that the late veteran, Sadiq Daba had an oxygen machine with him while featuring in ‘Citation’, a 2020 film.

Daba breathed his last at the Lagos state university teaching hospital (LASUTH) where he had been undergoing treatment last Wednesday. He had battled prostate cancer and leukemia for years prior to his demise.

Speaking about his memories of the deceased film star during an Arise TV show on Friday night, Afolayan said Daba had his oxygen close when they were filming ‘Citation’.

“I think God gave him those last few years for him to reconnect with people and for people to reconnect with him. And so he can be documented properly. Before I found him, he wasn’t doing anything,” he explained.

“When we were prepping for the film, his name came to mind. I went online, looked for him, and saw an interview he did two years ago (2012). I reached out to the journalist who wrote the article and she gave me his number.

“After that, he featured in a few other films. God brought him back after we did ‘October 1’ but I can tell that, even when we were shooting ‘October 1’, he was a struggle. Uncle S is fragile. Sometimes he’d be sick and we had to wait.

“But when we were doing ‘Citation’, if you check our videos, he had his oxygen machine under the table. When I was casting him, a lot of people had reservations like, ‘Look, Uncle S is not fit, what if he’s not able to finish?’

“I said, ‘I can’t go wrong. If this is the last film he’d to do, I’ll do it.’ We brought him, when he is uncomfortable, I tell him let’s take time out. In all the clips where he’s dancing, I played the songs to put him in good mood.”

On how he met Daba, Afolayan said his name had come up when he sought someone to fill a role for ‘October 1’.

“I experienced him when I was really young in the 80s and 70s. I saw a lot of his works as a broadcaster and journalist on NTA. Our paths crossed because I was looking for someone to fit into a particular role in ‘October 1’,” he added.

“His name came to mind. I was so glad that it happened also because he won the ‘Best Actor of the Year’ at the African Movie Academy Awards. In 2018, we did a documentary and I had to bring him aboard.

“A lot of these people, when you keep them going and give them a reason to appreciate their existence, it means a lot to them. A year ago we did ‘Citation’. Three to four weeks ago, I spoke with him over the phone.

“And we were talking about how much people accepted the movie. When I heard he was gone, I felt we lost an amazing guy. I think he lived a great life and his name will be remembered forever."