Details have emerged showing that Prince Harry and his wife, Meghan Markle got married before their royal wedding. 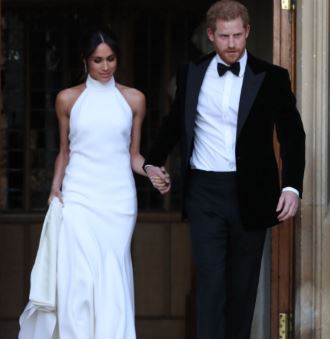 Meghan and Prince Harry
Prince Harry and his wife, Meghan Markle got married before their well televised, royal wedding.
This was revealed during their two-hour interview with Oprah Winfrey.
They said they had their private wedding in their backyard.
Meghan said: "I was thinking about it, you know our wedding—three days before our wedding, we got married. No one knows that.
"We called the Archbishop and we just said, look, this thing, this spectacle is for the world. But we want our union between us, so the vows that we have framed in our room are just the two of us in our backyard with the Archbishop of Canterbury."
Meghan added at the end of their interview that after all they went through with the royal family and their exit, the couple has their happy ending now, in California with Archie and their daughter who's due this summer.
She said: "Now we're actually on the other side, we're actually not just survived but are thriving. This? Miracles. I think that all of those things I was hoping for have happened."
Top Stories