A woman whose boyfriend reportedly took his own life by committing suicide has mourned his death. 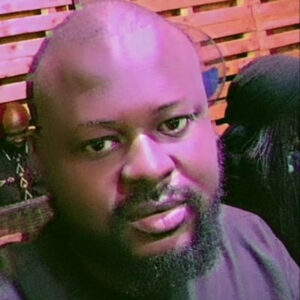 Tunde
A Nigerian lady has mourned after her boyfriend reportedly killed himself.
It was gathered that Twitter influencer, Tunde aka Tuneri allegedly committed suicide yesterday, March 10th.
His girlfriend, Adetola has now taken to Twitter to mourn his death.
Lamenting, she revealed she spoke to Tunde on the phone before taking a nap only to wake up to the news of his death.
She narrated how the news was broken to her. According to her, she received a call and the caller was asking for her man’s password. When she asked why the caller can’t just ask Tunde himself for the password, she was told that he has died.
She tweeted,
“I was supposed to see you after my exam today. So you mean to tell me that when I see you , I can’t cuddle you? Tunde we had plans o, We knew it was hard but we were always pulling through.
Called this man before I took my afternoon nap, and he couldn’t just allow me wake up? Sighs
My hype man has left me to be doing madness in this world alone. How? Nobody to do Cake shopping with me again? Nobody to bring me food and force me to eat? Nobody to almost injure me in the name of giving me a massage? Nobody to stay up with me while baking and take my cake pictures? Come home baby”.
See er full tweet below: 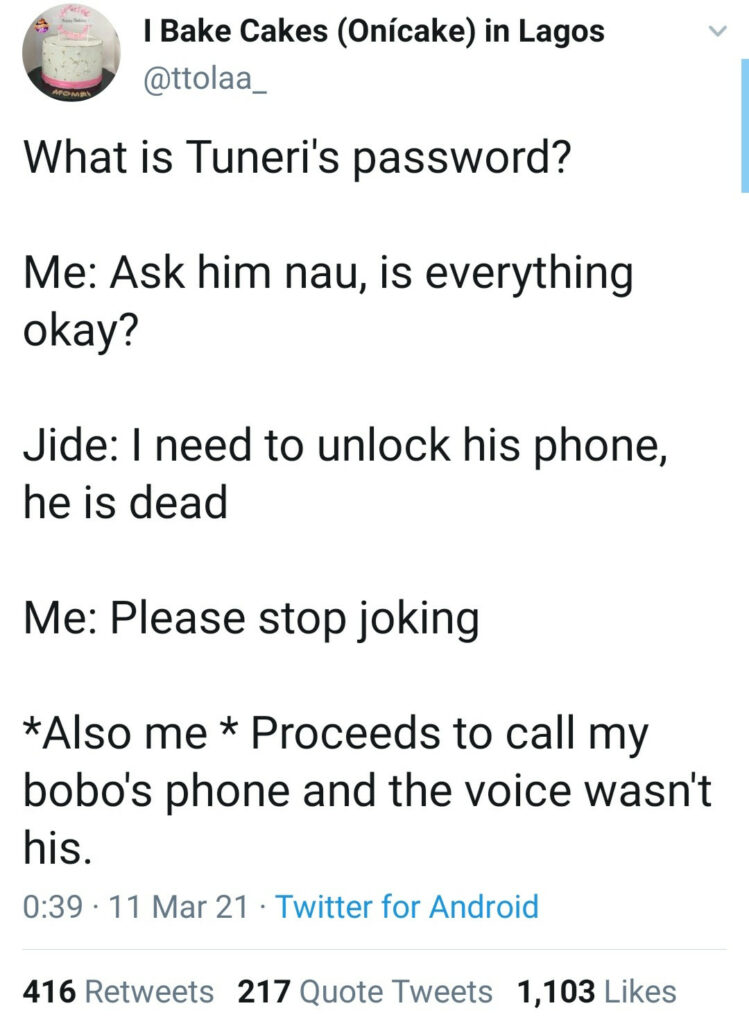