He said this while disagreeing with a petition brought in by some Nigerians in diaspora accusing the federal government of not resettling the Tiv people displaced from their ancestral land. 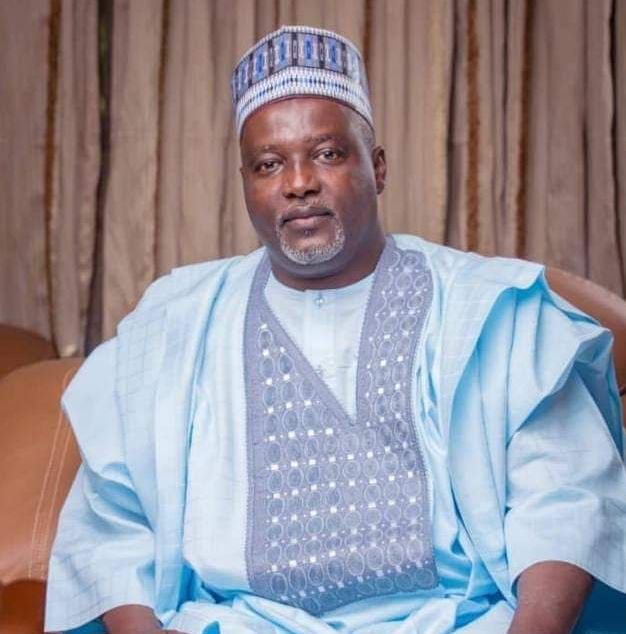 Deputy Speaker of the House of Representatives, Ahmed Idris Wase

Ahmed Idris Wase, the deputy Speaker of the House of Representatives, has said that Nigerians living abroad can't submit petitions over some incidents which occurred in the country following a petition brought in by Mark Terseer Gbillah.

Mr. Wase who sat in for Speaker Femi Gbajabiamila during Thursday’s plenary, rejected a petition filed by “Mutual Union of the Tiv in America" on insecurity in Benue, Nasarawa and Taraba.

Mark Terseer Gbillah, the lawmaker representing Benue Gwer east/Gwer west federal constituency had presented the group's petition in which they accused the federal government of not resettling the Tiv people displaced from their ancestral land through various attacks.

“I have a petition from the mutual union of the Tiv in America against the federal government of Nigeria and the issue has to do with the ancestral land of the TIV people that seems to have been possessed in recent times through various attacks and the fact that they are languishing in IDP camps till date without any intervention."

Responding to the petition, Wase asked  “Honourable Gbillah, did you say Tivs in America? What do they know about Nigeria? What is their business? They can’t sit in their comfort zones and know what is happening in Nigeria.”

When Gbillah confirmed the petition is from the mutual union of Tiv people living in America, Wase added “if they are in America could they really be an interested party here? Do they really know what is exactly going on?"

However after the Benue lawmaker argued that the group can file petitions because they have family members and people living in Nigeria, he was interrupted by the deputy speaker who said;

“I don’t want to make a blanket statement regarding those who are in diaspora.

“If this petition is coming from those who are within the country, I believe it has a very block standard. But those living in America, then coming to lodge complain."

Gbillah responded by saying that “some of them are just studying, some just went they to do courses and they’re a union and are Nigerian citizens."

The deputy speaker again interrupted saying “I am not stopping that, but I am saying if they are Nigerians and living in Nigeria and bringing issues, I agree. But somebody in America who is far away from this country."

After the  Benue lawmaker interjected by pointing out that “this is not the first time we have presented petitions even from those who are residents in Nigeria, we even have those in the diaspora", the Deputy Speaker said  “I am not convinced that somebody from America can come here and then delaying issues in Nigeria. I am not convinced."

He added: “I am not convinced that we need to take that petition.”