Victoria, who says she was a victim of domestic violence herself, has revealed she's standing with Precious. 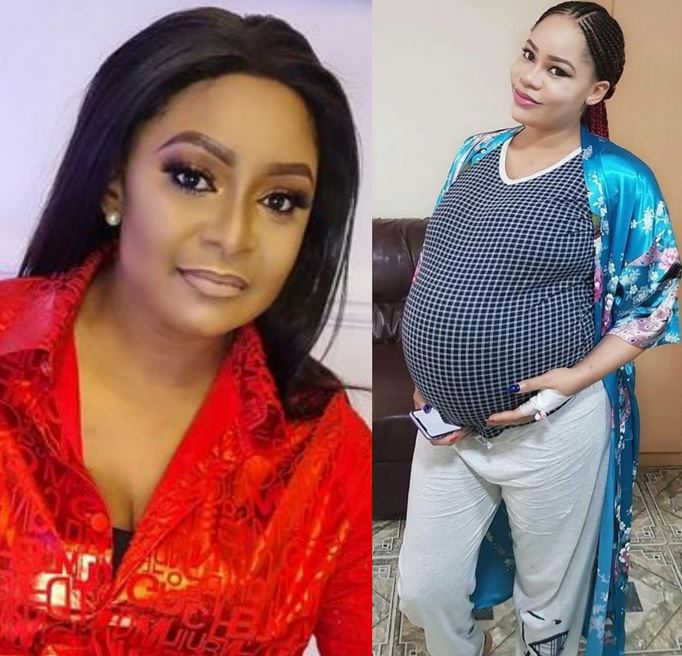 Victoria Inyama, a Nigerian actress has reacted to former minister of Aviation, Femi Fani Kayode allegedly assaulting his wife during their marriage and denying her access to their four children.

FFK's camp accused Precious Chikwendu of infidelity and trying to kill FFK and their 4 young sons.

Precious hit back by alleging FFK abused her during their marriage. She also denied the allegations of infidelity and murder attempt.

Now, Victoria Inyama, who says she was a victim of domestic violence herself, has revealed she's standing with Precious.

Precious @snowhiteey has been through Psychological/Emotional Abuse & all through it, She played her part, hoping he would change for the better, I can add that I have watched her Ex husband publicly verbally attack 2 Notable journalists, VERBALLY ABUSING & DEGRADING THEM.( Proof his Violence in my opinion)...

Precious has been denied access to her children in the most humiliating/Degrading form.

She's now Enduring Financial/Economic Abuse, Harrassment & Bullying whilst still refused access to her children... Ohhh this in Nigeria by one of Nigeria's politicians. ...Sadly she has to fight for herself, legal fees, Not seeing her kids etc..

U are one strong woman & soon, By God's Grace, U will see your Children

Nigeria to a large extent IS A PRO DOMESTIC VIOLENCE COUNTRY...NO FUNCTIONING LAWS AGAINST IT... IF ONLY PRECIOUS LIVED IN D UK ...PRECIOUS BY GOD ALMIGHTY, U WILL GET YOUR CHILDREN BACK.. SOME DAY SOON..." 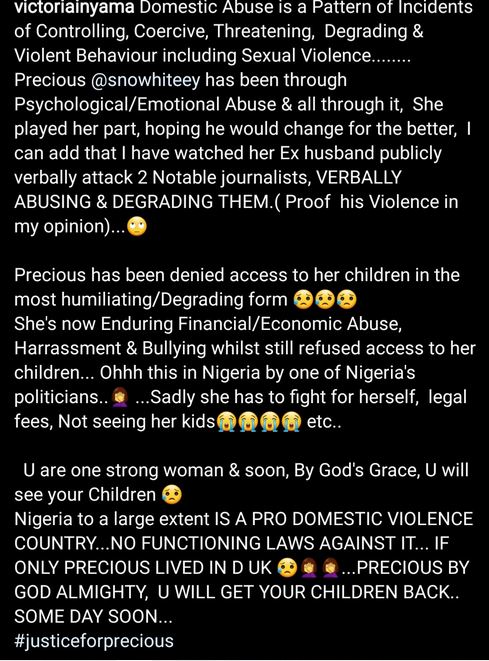