Four men have been given a sentence after raping a woman in front of her husband. 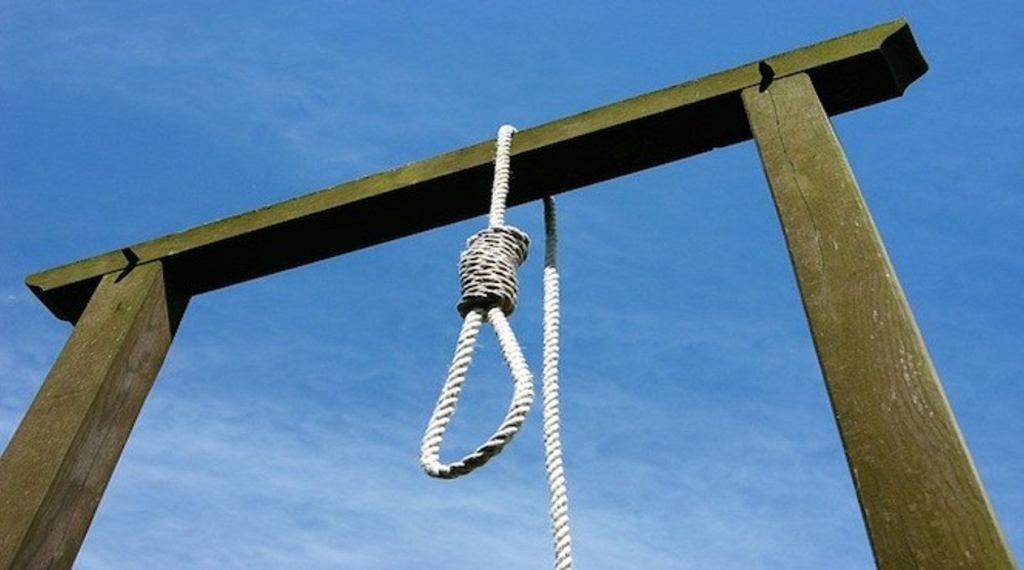 Hanging
Four men who raped a woman in front of her husband have been executed.
The men were executed in Iran; they had tied up and made him watch.
The horrific attack took place while the couple were climbing a mountain in the Khorasan Razavi province and the men were hanged on Monday after an extensive police investigation.
Ruhollah Javidi Rad, Mohammad Sayadi Baghansgani, Mohammad Hosseini and Mohammad Watandoost were identified by Fariman police and were charged with the kidnapping and rape of a woman and with threats of violence towards a man.
The defendants had tied the man's hands and feet together before attacking his wife in front of him.
The Criminal Court of Khorasan Razavi sent the case to the Supreme Court where the four men were sentenced to death by hanging in Mashhad Central Prison.
Iranian laws are normally structured to work against rape victims who often face counter charges of adultery, indecency or immoral behavior after reporting a sexual assault.
Accused rapists are usually only convicted with the testimony of four male witnesses, or a greater number of a combination of male and female witnesses.
If there are insufficient witnesses, convictions can only be achieved through confession or 'judge's knowledge'.
The threat of being charged for reporting sexual assault often deters many women from reporting crimes against them.
Legal analyst at Iran International TV, Nargess Tavassolian said: 'It is hard to say whether these types of crimes have increased in Iran but because of the widespread use of social media, these crimes are being more exposed.'
Iran is one of six countries in the world to execute people found guilty of rape, and the Iranian regime executes more people per capita than any other country.
More than 250 executions were carried out in the country in 2019.
Nargess Tavassolian added: 'The Judiciary pays no attention to the rule of law and not only does it not observe international law, but also sometimes ignores Iranian laws.'
Top Stories