His revelation infuriated the preacher who wasted no time in calling him out on Instagram. 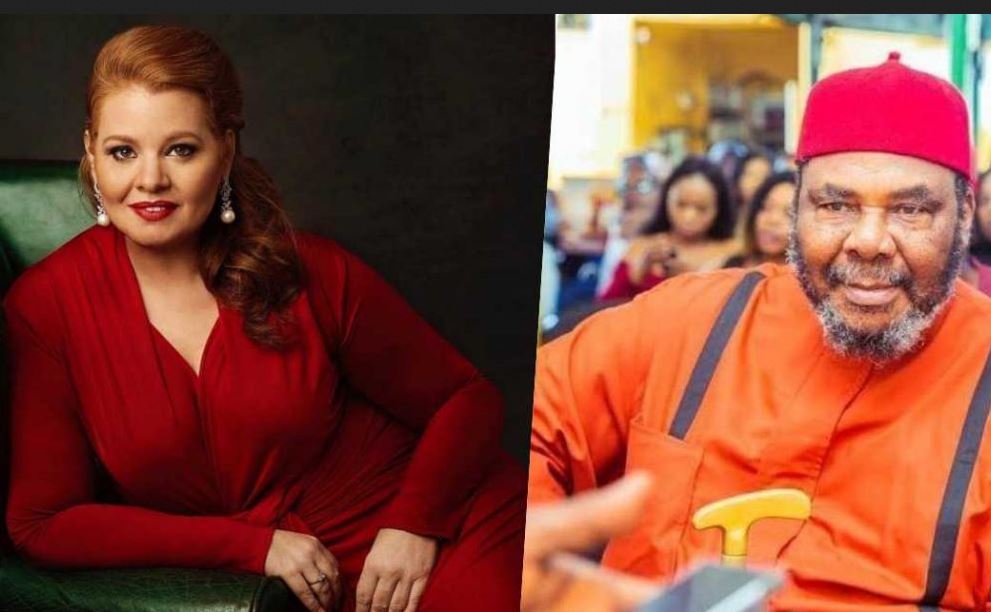 Popular preacher, Laurie Idahosa who is married to Feb Idahosa has attacked Veteran actor, Pete Edochie after he disclosed that his 40-year-old father got married to his mother at the age of 15.

His revelation infuriated the preacher, who decided to call him out on Instagram.

Pete Edochie disclosed during the session that his dad who was 40-year-old, married his mum when she was 15 and that she was shy all through their marriage.

Even after giving birth to seven boys and three girls, she was still shy with his father.

”My mother was not educated.

She was not in love with my father.

My father was almost 40 when his uncle told him it was time he got married. He told them to get a wife for him.

My uncle went out to a neighboring village and told them the teacher wanted to get married.

The women came out.

He looked around and picked one and that was it.

He brought this 15-year-old who didn’t have the courage to look at my father. She gave him ten children and was still shy. Seven boys and three girls”.

According to her, his mum was a victim of rape and a child bride.

”How can he laugh about her being “shy?”

Oga, she was not shy.

She was a victim of rape and was a child bride.

She wasn’t respectful of his age, she was afraid for her life.

Know the difference and adjust this story… start telling the truth!”

“She was a victim of rape and a child bride"- Pastor Laurie Idahosa replies Pete Edochie who said his 15-year-old mum married his 40-year-old dad and was shy during their marriage. pic.twitter.com/jXS8rJwlLO