Some soldiers who took off after being attacked by Boko Haram terrorists have been recalled. 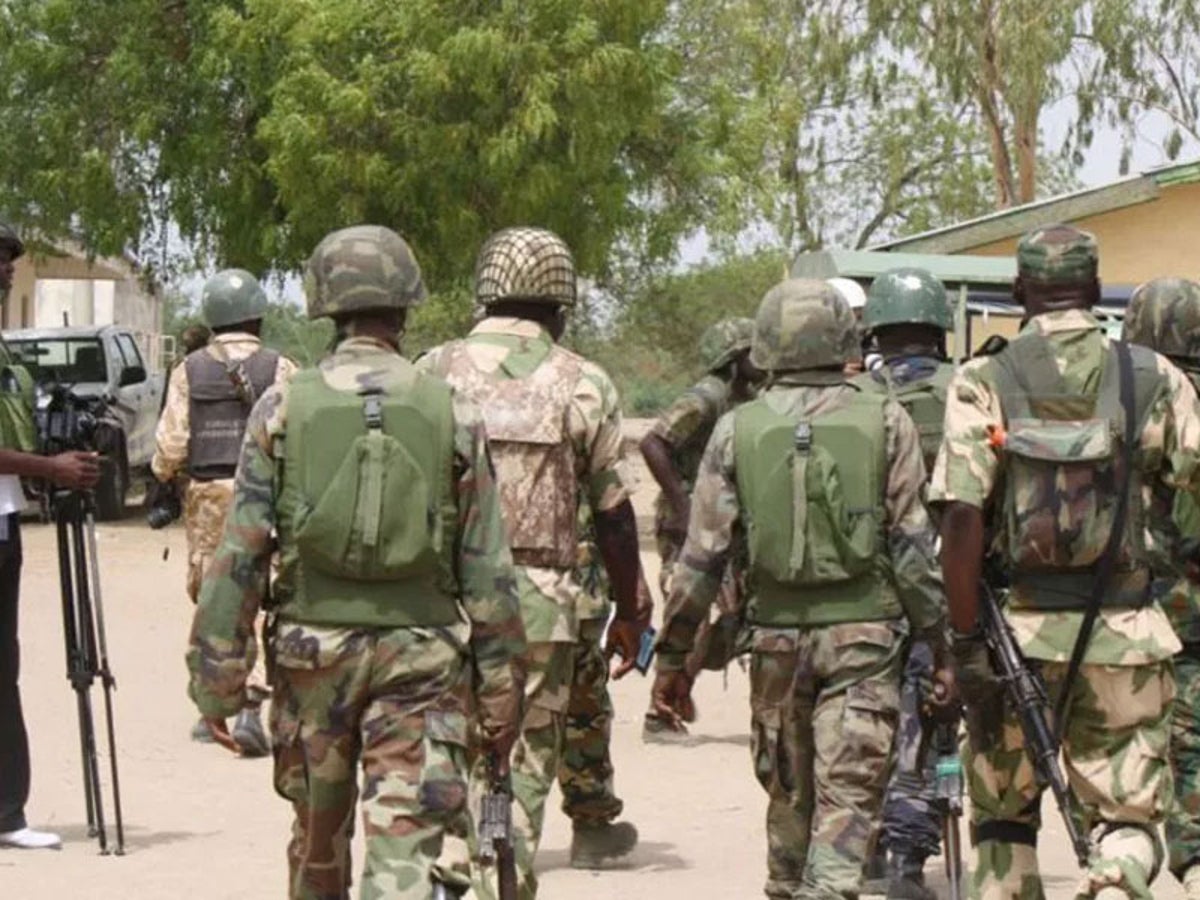 Soldiers
A total of 149 Nigerian soldiers who took to their heels after being attacked by Boko Haram terrorists in Marte have been recalled.
The soldiers are of the 153 Infantry Battalion, Marte. They fled over alleged inadequate provision of arms and ammunition.
SaharaReporters gathered that the soldiers absconded from duty after insurgents attacked their camps, leaving scores of their colleagues dead.
The insurgents had on Monday, February 15 overrun Marte.
While most of the villagers ran away for safety, some were held by the insurgents.
SaharaReporters gathered that the gunmen came with heavy machine guns and trucks, and took possession of the military formation in the community, including high profile fighting equipment and vehicles.
At least 10 soldiers were killed during the incident.
The gunmen also set ablaze two battle tanks and a pickup van belonging to the Nigerian Army.
“We lost about 10 soldiers in the fight, the troops were outgunned by the gunmen. It was an intense battle, the terrorists also suffered casualties but they were able to overwhelm the soldiers,” a military source had said.
SaharaReporters gathered that soldiers were moved to Maiduguri few days after the attack while those from Jaji Military Cantonment, Kaduna State, were used to replace them.
The army authorities subsequently dismissed them and retrieved their uniforms and identity cards.
“We were overwhelmed and could not withstand the superior firepower of the terrorists. Sufficient weapons were not provided for us to fight the terrorists and we ran out of weapons. Some of the weapons provided for us were obsolete, so it was not really our fault.
“We have been told to resume, I’m so happy,” one of the dismissed soldiers told SaharaReporters.
Top Stories