A young Nigerian has passed away just two weeks after he was sworn-in as the President of the National Union of Benue State Students (NUBESS). 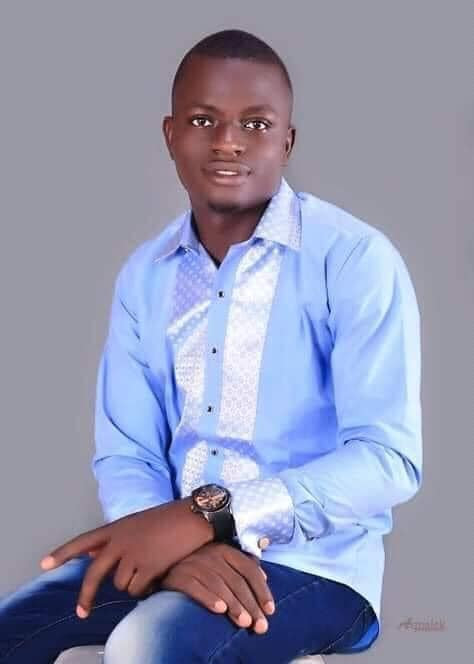 Agudo
Friends have mourned the death of Comrade Manasseh Agudo who died days after being sworn in as President.
It was gathered that Agudo was sworn in as the newly elected President of the National Union of Benue State Students (NUBESS).
He passed away two weeks after he was sworn into office.
Comr. Manasseh Agudo died the on Wednesday, March 17, at exactly 11:06 pm at the Benue State University Teaching Hospital and his body has been deposited at the BSUTH Mortuary.
Comr. Agudo was elected NUBESS President on February 20. He took his oath of office at the Ochi'Idoma's hall, Benue Hotels and Resort, Makurdi, on March 5th.
Few days after his swearing-in, he started falling ill and on Wednesday March 17, he passed away. There are rumours making the round online that he was killed but they cannot be confirmed.
Meanwhile, friends, colleagues and Benue state students have taken to Facebook to mourn the late union leader.
One Agagbe Kelvin Terlumun shared a photo with Agudo and wrote;
"What does it profit you to kill Manasseh Agudo?"
Facebook user, Apeaii Frank Terngu wrote; "Who Killed this young fellow because of ordinary students unionism? Barely two weeks as the president of National Union of Benue State Students we’re hearing Mansseh Agudo is dead! How??? Why??? What happened?? I called on the Benue state government to investigate the sudden death of this young fellow and all activities of the union be put on hold till further notice!!"
See more posts below... 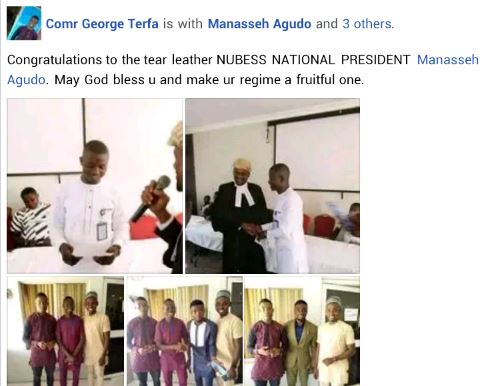 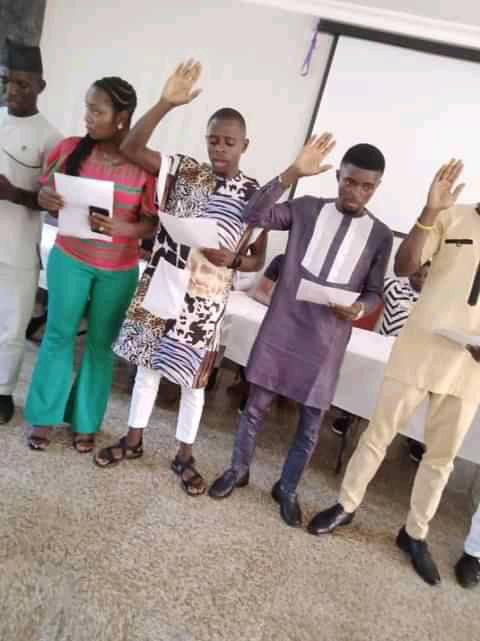 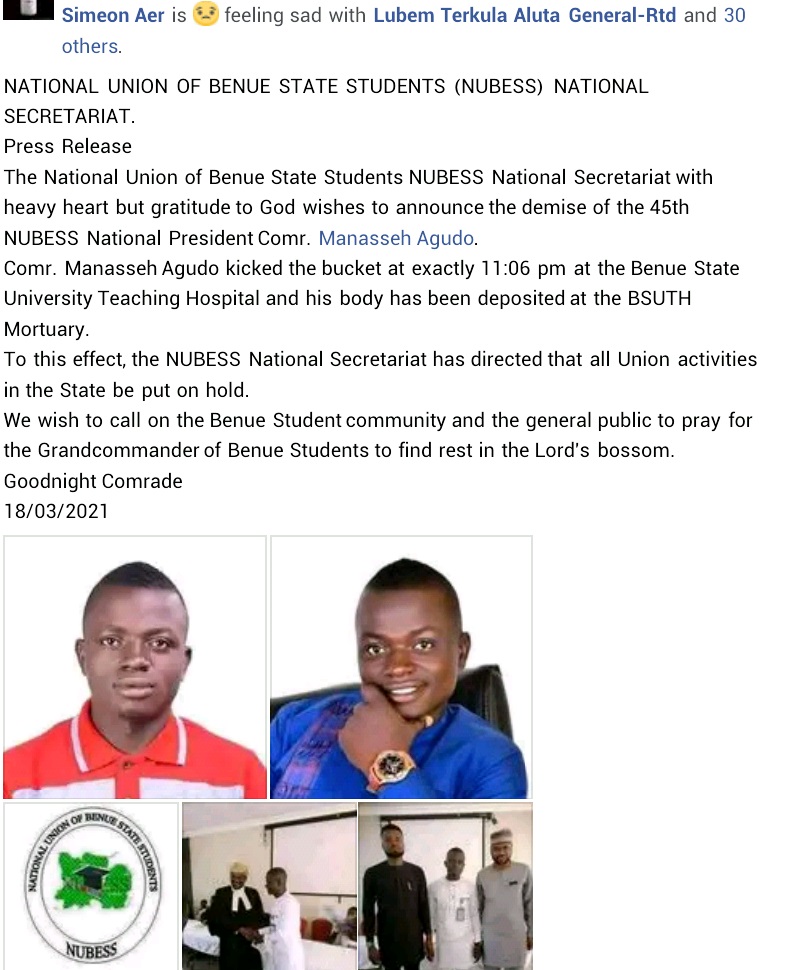