Nigerian National Arrested In India For Duping Trader Of Over N11m


The Nigerian posed as a trader to dupe the Indian of N11,886,780.11M by promising to deliver him chemicals. 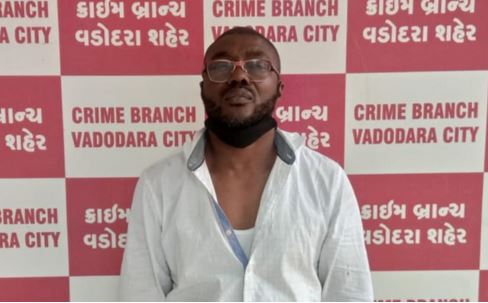 A 31-year-old Nigerian national identified as Elvis Owie has been apprehended in Vadodara, Gujarat for defrauding a trader of Rs 22.67 lakh (N11,886,780.11m)

The accused was arrested by the cybercrime cell of Vadodara police on Wednesday, March 17.

Owie was nabbed from Mumbai after the cops tracked him down through the bank account number.

The police said that he posed as a trader and duped one Mayank Shah by promising to deliver him chemicals.

According to cybercrime officials, Shah, a trader, had received an email on December 11, 2020 wherein the sender wrote that he wants to buy a chemical for cancer and neurological treatment from India.

The next day Shah again got an email asking him to get quotation from Archana Enterprises and send it to the buyer.

Shah sent quotation following which he got an email from Tikomed AB Company to place order for the chemical. Shah then transferred Rs 89,000 to Archana Enterprises bank account for getting sample of the chemical.

The complainant got sample material following which he placed bigger order and transferred Rs 22.67 lakh in three separate instalments to Archana Enterprises.

Shah got 10 litres of chemicals but expressed doubts over its authenticity before the police. After the WhatsApp number on which Shah was in touch with the accused was blocked and he also didn’t get any reply on the email id, Shah approached the cops.

"We tracked the accused on the basis of bank account number and other technical sources. We are questioning the accused and trying to ascertain if there are any other persons involved in the racket,” said Jaydeepsinh Jadeja, DCP (crime).

Investigating officials said that Owie may have been involved in similar crimes in the past.

“Many of them now operate individually from different cities,” Jadeja added.