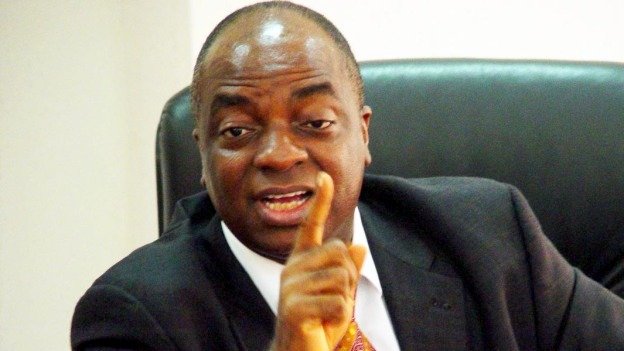 Bishop Oyedepo
Bishop David Oyedepo has called on the government to arrest members of a group who attempted to take the life of Benue state Governor, Samuel Ortom.
The founder of the Living Faith Church queried why a group identified as Fulani Nationality Movement, FUNAM, owned up to the assassination attempt and there was no response from the federal government.
Recall that FUNAM had claimed that the attempt was made on Ortom due to his stance against open cattle grazing and the Fulani agenda.
Speaking on Wednesday, Oyedepo said he, ‘smells a rat’ adding that Nigeria is not a Fulani republic and no tribe can ever claim ownership of the country.
He prayed that God will judge Fulani herdsmen invading people’s fields and destroying people’s crops.
”For any innocent bloodshed by these agents of the devil, their generation will never recover from it. They claimed responsibility for attempting the killing of a Christian Governor and no response from any authority? I can smell a rat.
”This is not a Fulani republic, this is the Federal Republic of Nigeria, No tribe can ever claim ownership of this nation. We own this nation together. Anyone that won’t let peace reign in Nigeria goes down.
”Let your judgement come upon them. We have this menace of ritual killers because they have a market. Lord, these kidnappers and those who buy human beings, let your judgement come upon them.”
Top Stories