A Nigerian reality star has revealed that being in a relationship with another housemate of the show cost him endoresements. 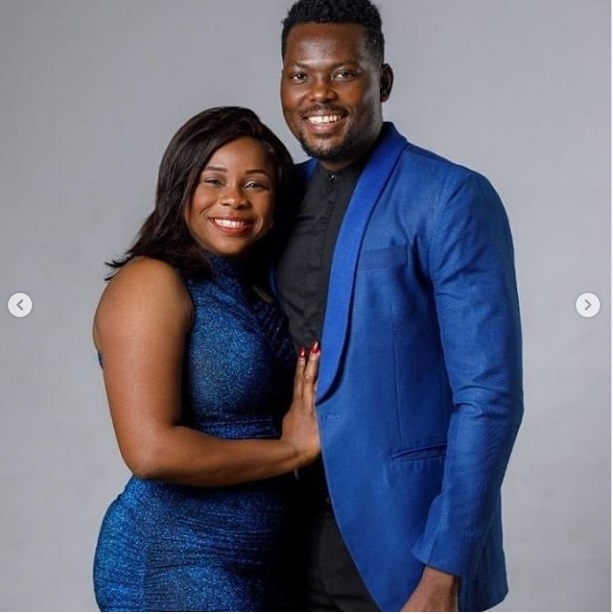 Bolanle and Arnold
Former guest of the Ultimate Love reality show (Season 1), Henry Arnold has claimed that he lost endorsement deals because he was in a relationship with fellow guest, Bolanle Oluchi Babalola.
Bolanle and Henry were paired in the house with the sole purpose of fostering an undying relationship between the duo.
But things seemed to have gone wrong after they split upon leaving the house.
In a Question and Answer session, Arnold disclosed that dating Bolanle made him lose two crucial endorsement deals and he regrets ever dating her.
In his words:
“Well i lost my contract with indomie Nigerian and also a new one with Honeywell went into the drains because of the live video that was made Saturday May 30th 2020 by the lady in question. A damage control was asked to be made by my brand. Thanks to @slashazhanle for helping.”
See the posts below: 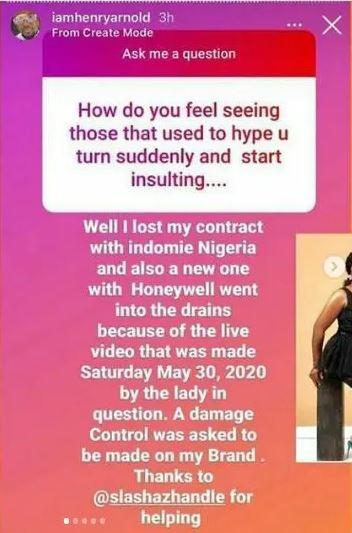 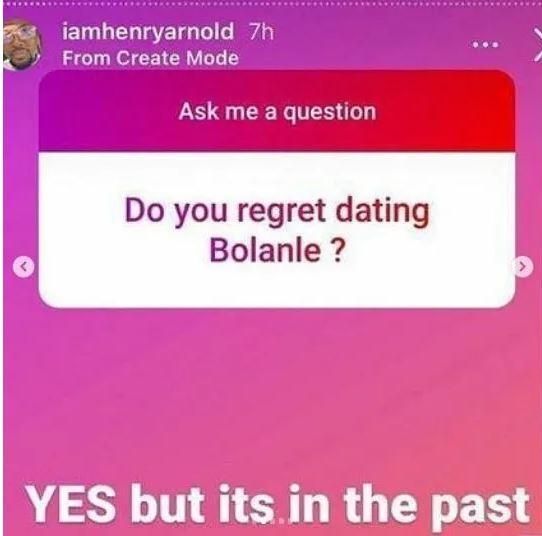 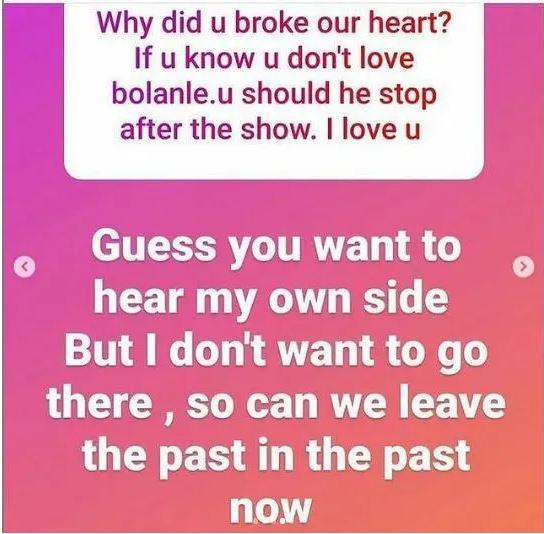