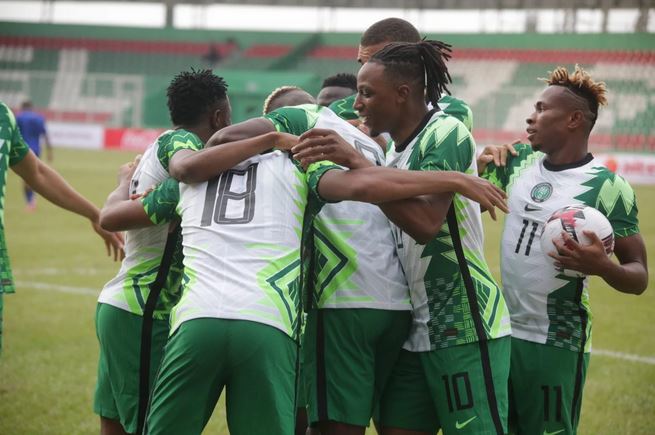 Many elated Nigerians on social media have hailed the Super Eagles 1-0 win over the Squirrels of Benin Republic in the matchday 5 of the 2021 Africa Cup of Nations qualifiers at the Charles de Gaulle stadium in Porto-Novo on Saturday.

Congratulating the Eagles, a tweep, @amaraedec, wrote, “Congratulations to Nigerians but we need a better coach. I’ll want us to win AFCON.”

“A well-deserved win for Nigeria. Benin came for a draw and packed the bus, well how did that work out?” @kenchubik asked.

“Balogun is brilliant, I saw some creativity from him going forward from the back, which was lacking from our midfielders. Even the home base Anayo show some spark than some of these foreign based,” @murtadohiam commented.

Following the goalless draw in the Lesotho and Sierra Leone match played on Saturday, the Super Eagles have now qualified for the 2022 Africa Cup of Nations to take place in Cameroon.