I Sleep With Actresses Before Giving Them Roles – Movie Director


According to Ola Michael, about 70 per cent of all film producers sleep with actresses in exchange for roles. 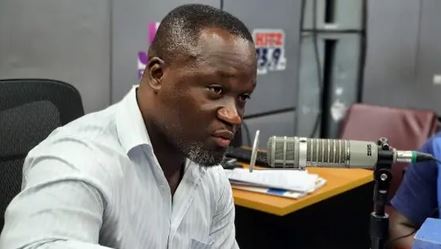 Ola Michael, a Ghanaian movie director has revealed that he and other directors sleep with upcoming actresses before offering them roles in their movies.

The filmmaker, director, and radio personality revealed this on live radio when the subject came up whilst on hosting duties on Neat FM.

According to Ola Michael, about 70 per cent of all film producers sleep with actresses in exchange for roles.

“See me when I finish sleeping with you, a colleague producer will reach me and say Ola the girl you used she is good, give me her number, before he will cast you, he will also sleep with you, the next director will also do same”.

“Before you are done, they will sleep with you that way before you become a star” and emphasized that ” I have said what I said, that’s the truth”.

The budding actress, Queen Ahenewaa, admitted that it’s true and shared her experience of how a producer wanted to sleep with for a role but she refused, whilst suggesting it’s those who lower their guard that ends up on the bed of these producers.

“Quote me everywhere, me I have started making movies for a long time now, sometimes it is you the girls that will beg us to sleep with you.”